Disney recently announced plans to build Star Wars themed lands at the Hollywood Studios park in Florida and at Disneyland in California. This got us thinking… What attractions do we want to see in these new park additions?

Below are the experiences Geek Melee would include if we were directing the project.

1) George Lucas Dunk Tank
Star Wars fans will be delighted to visit the George Lucas Dunk Tank. For only the price of a few Republic Credits ($20 American), guests can take a shot at dunking the formerly beloved film director as he shouts his usual grumpy lines at them. “I’m sorry if you fell in love with a half-finished product, but Star Wars is mine and I’ll do what I want with it.” “I erased the original negatives.” “I insisted on having Jar Jar in The Phantom Menace.” Oh, George!

2) Kashyyyk Outdoor Adventure
Tree houses, zip lines, and rope swings, all set on a Kashyyyk-themed series of platforms standing at least three stories off the ground. Step carefully as you cross the rope bridge to the bowcaster shop! Real Wookies don’t use safety harnesses.

3) The Tatooine Experience Feat. Tusken Raiders
Ever wonder what it’s like to live on Tatooine? Come on down to the isolated desert full of deadly heat waves, rocks, and sand. After walking aimlessly for a bit, the native Tusken Raiders will scream loudly from an undisclosed and random location, followed by firing real bullets at you. Run. But have fun!

4) Jedi Training on Dagobah
Get your little couch potatoes some exercise with this cardiovascular adventure! Kids will strap a 40 lb bag of sand to their back and make their way through three miles of swampy badlands while our talented Yoda voice actors “motivate” them through inspirational coaching and guidance. Children learn valuable life lessons and build character as they trip over tree roots, wade through mud, and learn that they aren’t Force sensitive when they try to lift the X-Wing from the swamp.

5) Scum & Villainy™ Cantina Bar & Grille
If you’re ready for anything, then be sure and visit the first of our family-friendly establishments inspired by the insipid den of criminality from the original Star Wars film – sure to be a hit all across America! Our animatronic cantina band, Figment Dan and the Mo’ Dominoes, plays not just the classic cantina song but the hits from our galaxy as well, including modern classics such as “Fancy” by Iggy Azalea and “Where Are U Now,” the collaboration between Skrillex and Justin Bieber!

6) Be Seduced by Lando
Have you ever wondered what it might be like to be wined and dined by that flashy rapscallion of Cloud City? At Administrator Of This Facility Companionship, our paid escorts are selected and trained for their ability to mimic the caped fox’s looks and personality, right on down to Billy Dee Williams’ winning smile – guaranteed to fix your hyperdrive! Simply register at the Cloud City Theme Restaurant™ (slogan: “At only $7.25, the Ugnaught Ham Delight Truly Belongs With Us Among The Clouds!”). Then, be in the Scum & Villainy™ Cantina, Bar & Grill at the assigned time and get ready for a little “Hello, what have we here!”

And rest assured: there’s never labor problems of ANY kind with our escorts!

7) Coruscant Traffic Simulator
It’s just like sitting in big city traffic, but you’re floating off the ground! Join the rest of the Space Workforce in this fun simulator for all ages! You have fifteen minutes to get to Space Work or you’ll be Space Fired by your boss, Mr. Spacely. Also, surprise, Star Wars is doing a crossover with The Jetsons in 2020 called Star Wars: Jettisoned. 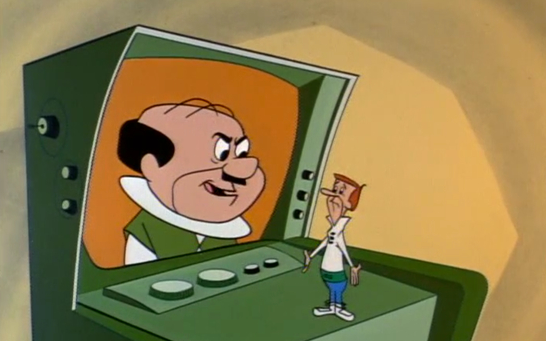 9) Podracing Go-Karts
It literally explains itself. Decked out go-karts that look like podracers, a sweet course with lots of turns, mountains, and caves, and everyone signing their death wavers because the racers go the actual speeds from the film. Star Wars themed funeral homes will be on standby!

10) Death Star Laser Tag Arena
The Rebel Alliance faces off against the Imperial Army in this epic battle. One player from each team is randomly selected to be a Jedi. With their blaster taken away and a large blindfold affixed to their head, there’s no doubt they’ll be able to clear their mind and trust in the Force! If the Empire wins the round, Darth Vader picks a child from the Rebel team and shows them a video of their family and home being blown to pieces by the Death Star. Kids will hope he’s their father since they think they no longer have one!

11) Millennium Falcon Authentic Experience
Sure, you’ll get to shoot down Tie Fighters, but only if you can fix the actual mechanical problems the ship consistently encounters! Want to exit the ride? Better un-stick that landing gear! Need to go the bathroom? Only if you can rewire the jammed door lock! These malfunctions will test your problem solving skills, as they all require a working knowledge of electrical circuitry, mechanical engineering and advanced mathematics to repair.* 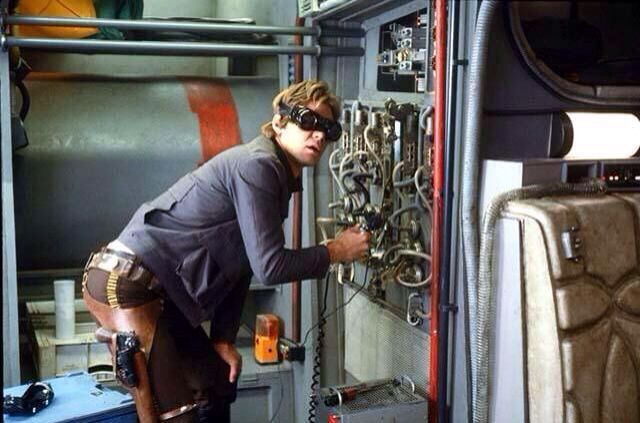 I have no idea what the fuck I’m doing…

*Textbooks and schematics available for an additional charge.

12) Younglings Daycare
Two options for parents who just want to enjoy some Star Wars without their shitty screaming children:
– Carbonite Care: Bring your kids in for an ice cold slumber while you go off and have lightsaber duels! It definitely freeze up some time!
– Anakin’s Aftercare: A totally normal, run of the mill daycare for an arbitrary amount of time, after which the lights flicker and dim as Anakin arrives to “slaughter” the younglings. Entertaining and teaches your kids to fear adults!

13) Jar Jar Comedy Cellar
If you and your family are ready for laugh-out-loud fun, than set course for the Jar Jar Comedy Cellar! Every night, local comedians perform their best gut-busting material in the hilarious physical tradition of Star Wars’ own favorite Gungan! And every night, it’s none other than the Prince of Slapstick himself, Jar Jar Binks, playing master of ceremonies – if he can just keep from slipping on that ship fuel! If you’re looking for an evening of hijinks the whole family can enjoy, or if you’re just a fan of American physical humor in the vein of Gallagher and Carrot Top, look no further than the Jar Jar Comedy Cellar! It’s bombad funny!

14) Continual Yub Nub Endor Party
A recreation of the ending scene from Return of the Jedi, only it never ends. Ewoks dancing and yelling 24/7 to their one and only classic hit “Yub Nub” and YOU can join them any time of the day! Hire children so you can cut costs, connect them to feeding tubes, put the song on loop. It’s a surefire hit!

Let us know your ideas in the comments!