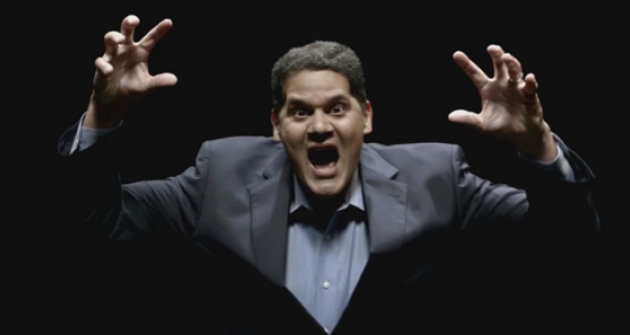 After mercilessly being made fun of for an entire year because of their dismal showing at E3 2016, Nintendo has returned with a vengeance.  “We’re fucking back, and we wanted to let you know we mean business,”  said President and COO of Nintendo of America Reggie Fils-Aimé.  Taking a page from Devolver Digital, he fired a gun randomly into their air, followed by breaking everything around him and kicking Senior Product Marketing Manager Bill Trinen in the crotch.  “We’re got Kirby, we’ve got Metroid Prime 4, we’ve got Yoshi, we’ve got Mario and Rabbids in the same goddamn game because why the FUCK not,”  he yelled, his voice cracking and shrieking as he continued.  He proceeded to grab Trinen by his hair and pulled him close.  “We’ve got mother fucking Fire Emblem Warriors and Super Mario Goddamn Odyssey you little piece shit,”  Fils-Aimé whispered before slamming Trinen’s face into his knee several times in a row.

Laughing maniacally, the now blood-covered Fils-Aimé kicked over desks, continually punched attendees, and shattered displays on the E3 show floor for the remainder of the afternoon.  “Do you see?  Do you see?  Nintendo is BACK you stupid, ignorant fucks!  Splatoon 2!  ARMS!  Xenoblade Chronicles 2!  Rocket League!  Breath of the Wild DLC packs are AROUND THE CORNER YOU BITCHES!”  He then forced Trinen to eat truckloads of doughnuts while he watched and breathed uncomfortably loud. 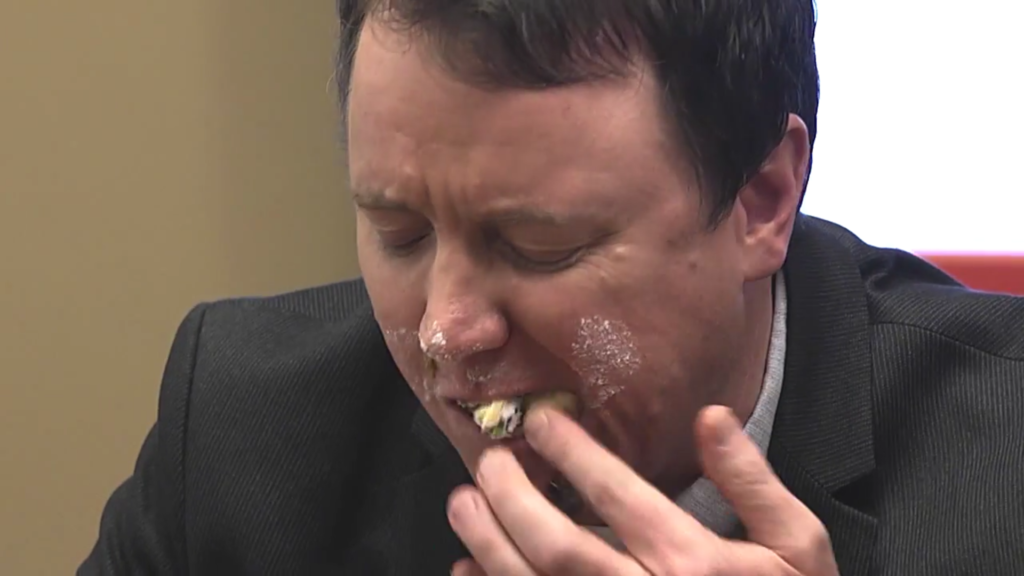 Trinen mid-bite while crying but simultaneous being happy for Nintendo and his overlord, Fils-Aimé

At press time, Fils-Aimé was ripping open newly announced Amiibo and throwing them into the air, at Trinen, and occasionally trying to eat them.  “Their power will be mine…”  he said to himself.  Shigeru Miyamoto watched silently behind a crowd of onlookers as a small Rabbid slowly crawled out of his pants.  “No, no.  Later.”  He then pushed the anthropomorphic creature back into hiding.