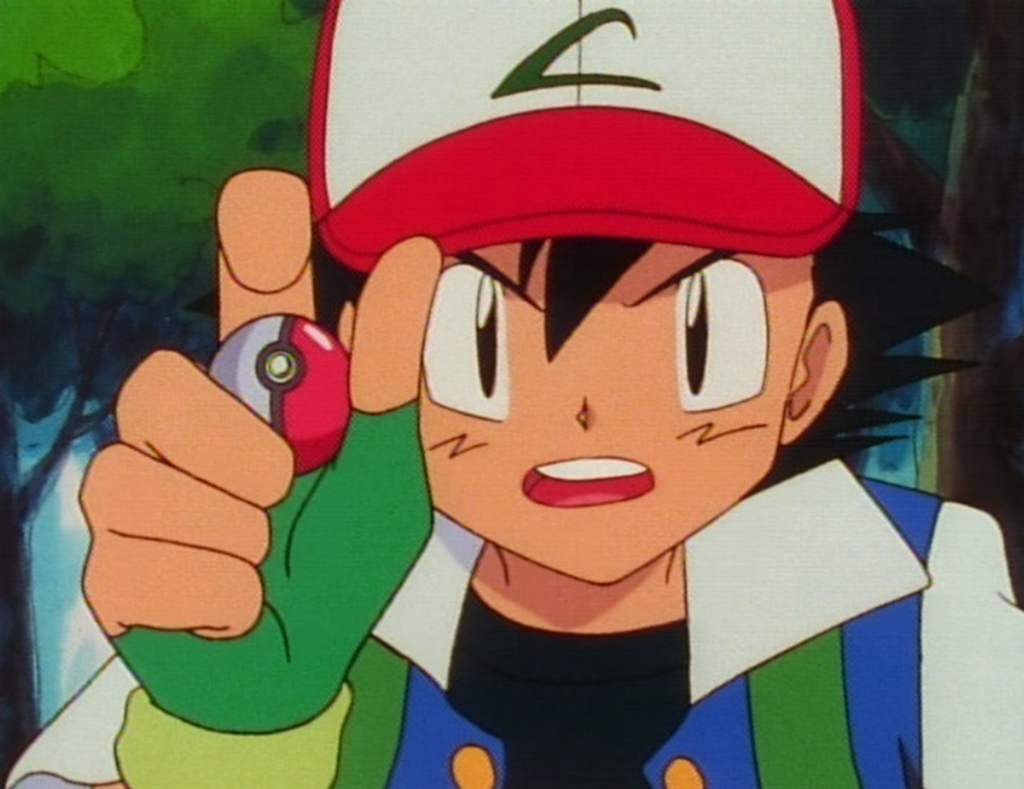 As the Pokémon Go craze continues to swell, I thought it might be fun to travel back to the late ’90s to see how it all began, specifically since Generation 1 is the main attraction.  Before I started my PokéJourney, I was a Nintendo Power subscriber.  On occasion, they used to send out promotional videos for upcoming games.  I still own VHS tapes for Diddy Kong Racing, Donkey Kong Country, Hey You, Pikachu!, and Star Fox 64.  I plan to fully explore those gems later, but today, we’re talking about a very special piece of promo gold: A Sneak Peek At Pokémon.

This image was 90% of the marketing campaign.

I had very little idea what Pokémon was, but this video changed my life forever.  Many of the pictures I’ve found online have a Toys “R” Us logo on the box itself, while my copy does not.  This obviously means I have a first edition version and it’s worth millions.  According to Bulbapedia, the tape had limited quantities, further exemplifying it’s obvious worth.  I can’t even tell you how many times my brother and I watched it.  I was so ready.  And why wouldn’t I be?  It’s the most indoctrinating thing to ever exist.  The subliminal messages are rampant and any kid worth their salt knew they had to be a Pokémon Master.  Just watch for yourself.

Gotta catch ’em all you stupid impressionable kid, otherwise Team Rocket wins and everyone else loses. Your family will burn if you don’t catch every single one of these godforsaken things.  Take your parents’ credit card and buy the video games, and the card game, and the comics.  Don’t forget to watch the show!

If you’re unable to watch, that’s essentially this entire video.  Ash, at the very beginning, just makes every kid who viewed this lose their collective shit as he throws a Poké Ball right at the screen.  “You’ve been selected to receive this sneak peek about a phenomenon called Pokémon!  A hit TV show, a Game Boy game, and loads of other cool things that are about to take America by storm!” 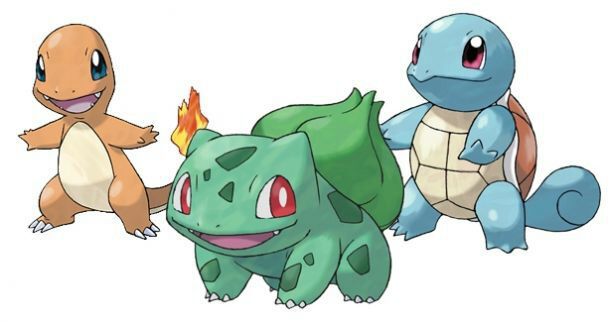 I named my first Charmander Flamethrower not realizing he would later have an attack called Flamethrower.

Holy shit, there are other cool things as well?  Mom, I need goddamn Pokémon right the fuck now.  And I got it.  I was hooked before I even knew what it was.  Ash called it a “hit TV show” before it even aired knowing it was going to absolutely wreck everything when it got here.  The anime didn’t even start for another couple of months, with the Game Boy games Red and Blue releasing just weeks after.  But let’s talk about to those sweet, sweet live actors.

Apparently, Ash has an aunt, two cousins, and a science teacher we never meet in the show.  They are also all strikingly human and not animated in the least.  Ash’s Aunt Hillary, because that’s important, can’t even consistently pronounce the word Pokémon correctly.  Pokémon?  Pokimun?  Which is it Aunt Hillary?  They even play part of the original PokéRap and the rapper clearly mispronounces Rapidash as RapiDOS.  Don’t worry, they fixed it in the other versions, I checked.  Next we meet Ash’s cousins Trey and Troy, both also lost to the sands of time the moment this video was completed.  They essentially just spoil the whole Brock episode, but then they introduce Team Rocket, and the brainwashing comes in hard and fast.

Complete with mandatory cat to pet while discussing evil plans!

Giovanni, the leader of Team Rocket who is covered in shadow and speaks with an demonic sounding voice modulator, talks about how the Pokémon craze is sweeping the world “just as I had foreseen.”  He then requests that Jessie and James catch the “rarest of all Pokémon, Ash Ketchum’s Pikachu.”  What?  The rarest of all the Pokémon?  As a kid, I was fully on board, mostly because I had no idea what was happening.  In reality, Pikachu is a common shitlord, but he is the face the Pokémon franchise.  He continues talking about all the mountains of Pokémon things that are soon releasing in America and how they really need to get Pikachu ASAP before those stupid kids do.  Then he says the most diabolical lines of the entire video:

Giovanni: Does anyone else know of our plans?
James: Only a bunch of kids who were lucky enough to get their hands on this video.
Giovanni: Well if they don’t play the Game Boy game or watch the TV show, they’ll never catch Pikachu!

He then laughs a horribly evil laugh.  Every kid in the world, at that exact moment, clinched their fists tight, turned their hats backwards, and said, “Fuck you, Giovanni…”  And Nintendo had already won.  There was no way you were going to let the corrupt Team Rocket take that adorable Pikachu away!  At this point, we don’t even know Ash, and other than maybe two clips of it saying it’s name and using one attack, we don’t know Pikachu either.  But it didn’t matter.  We’re the good guys, the Pokémon trainers-to-be, and we’re going to stop Team Rocket with all of our allowance money!

Mr. Carlson is Ash’s science teacher who explains exactly what Pikachu is, since at that point, we had no clue.  Poké Ball is spelled wrong on the blackboard and he loses all credibility instantly.  It then ruins the entire scene of Ash standing up against the horde of Spearow.  In fact, half this video is just ruining the first few episodes.  But holy shit was I excited. 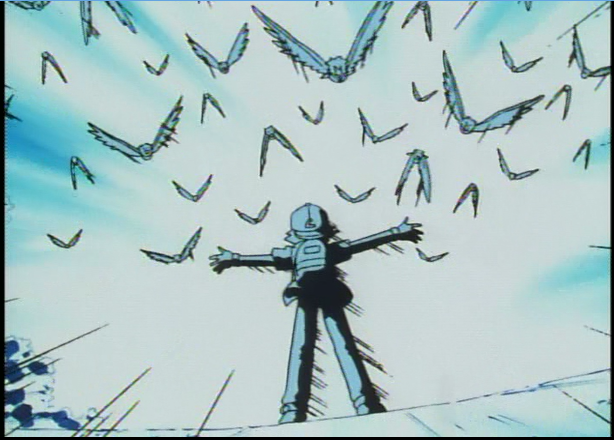 COME AND GET ME!

Misty’s best friend Amy appears to talk about water type Pokémon and then disappears forever without being mentioned by anyone ever again.  Who is this person?  Is she dead?  A Poké Ball flies across the screen later and she says “This is a Poké Ball!”  So there’s that.  Dexter, Ash’s Pokédex, just continues to lay out everything about the show and further cements every kid into the vast world of Pokémon.  His voice also inexplicably changes halfway though his dialog and it’s weird.  Aunt Hillary shows up again to talk about Pocket Pikachu, which it was totally not called in America, and she still can’t pronounce Pokémon correctly.  None of it mattered, I wanted everything on the screen and I wanted it right that fucking second.

The video just keeps throwing out info about the card game, the collectible toys, and the comic books, and my mind just kept exploding.  I could not handle everything that was coming and I needed all of it.  Nintendo knew exactly what they were doing.  The video either actively yells, states, or sings the words “GOTTA CATCH ‘EM ALL” twenty-two times in thirteen minutes.  Sometimes it just abruptly cuts from someone talking to that phrase, in giant text, plastered across the screen extremely fast.  It’s the creepiest thing I’ve ever seen and I know precisely why I was so enamored by it all.  Because I was programmed to be.

But who am I kidding, I love Pokémon and I would have regardless of seeing this video.