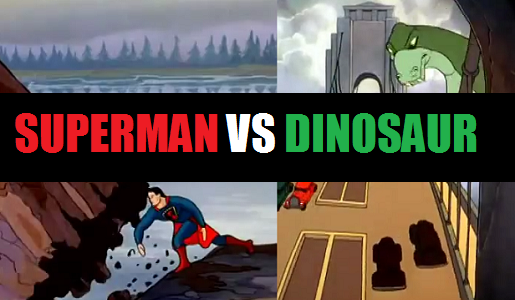 Words can’t describe how much I loved this Max Fleischer short, but it’s greatness demands I make a feeble attempt. I mean, first of all, Lois Lane’s sass is at yell-and-crush-your-Saiyan-Scouter-in-your-hand levels. Superman pulls her from right out the dinosaur’s mouth and when he tells her to stay put, her sarcasm-coated response is “Yes, milord.” With a little bow. In fact, she’s told literally three different times by men to forget the story and get her ass to safety, and her reaction is the same each time. 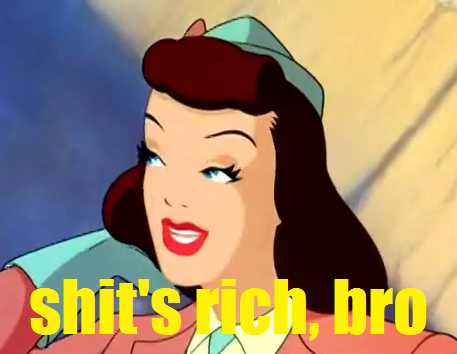 The plot revolves around a monster that is 1940 animators’ hilarious idea of what a dinosaur looked like being discovered encased in ice and brought back to America. It’s immediately put in a museum because in Superman’s world, Congress passed a law in 1938 that all dinosaur remains go straight to the Metropolis Museum (part of Article II, Section 3, Clause 8 – “…so Superman can punch it”). Lois, who had the original Danger-Sense but used it less like an early-warning system and more like a dowsing rod, heads right over. Then there’s no denying the nail-biting tension as this unwisely-placed oil can vibrates forebodingly toward the roaring turbine that powers the dinosaur’s giant refrigerator.

And faster than you can say “Bingo! Dino DNA!” there is a resuscitated prehistoric monster roaming the modern world. Though it’s still fourteen years here before the ultimate iteration of the city-eating dinosaur trope would get his first movie, we can’t even get around the fact that this is basically Superman fighting Godzilla. Superman fighting Godzilla. And appropriate to Godzilla, Superman spends most of his time one disaster behind it, cleaning up the mess while the super lizard finds something else to pulverize. 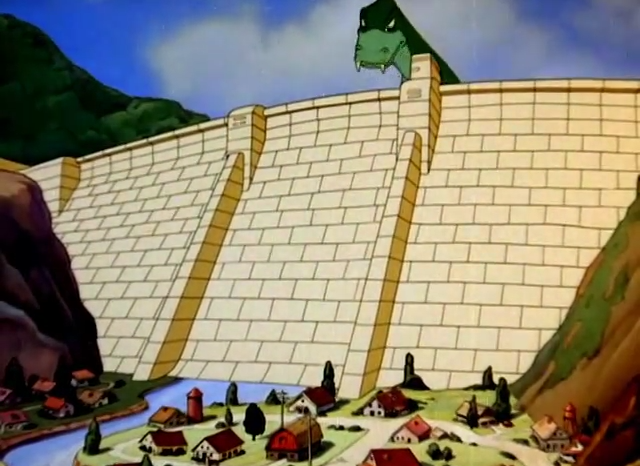 One way you know you’re not a good person – you can’t help but laugh at how fucked this town is.

Following the destruction of the dam and all the inhabitants’ unambiguous drowning (there’s no bodies but the cartoon doesn’t even bother to dribble out the word “evacuation,” so yeah) (I mean come on, they’re dead), Superman decides it’s time to stop letting this monster cause amazing disaster scenes. He rescues the motorists on a wrecked bridge with some quick “construction” work – 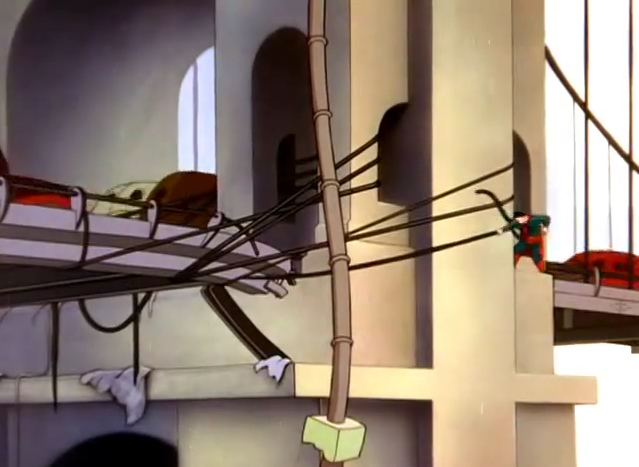 I mean no way is this up to code.

– and uses one of the cables to bind up pre-Godzilla’s feet. But even with the monster immobilized, Lois can’t help getting snapped up in its jaws like a human Pez. Luckily for her, Max Fleischer Superman can always make time to help out the little guy during a fight. 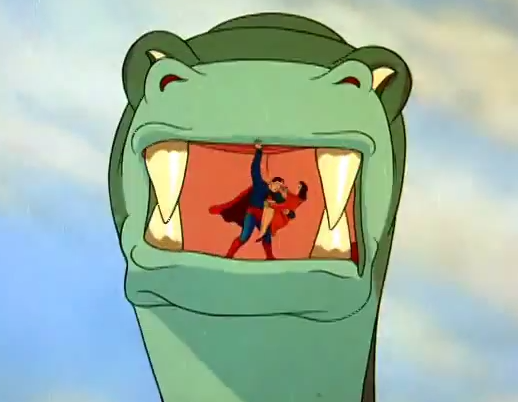 Unlike some OTHER “Men of Steel” we could name. 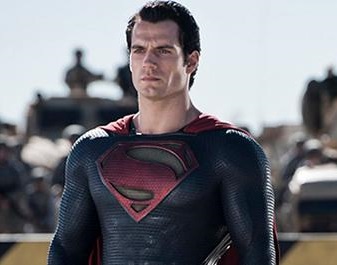 Ultimately, it’s a happy ending where the dinosaur is captured and chained with no room to move in a zoo, presumably for the rest of its life. Hurray! Truth, justice, and fuck dinosaurs.

Check out Fortune Cookie’s YouTube channel for a considerable selection of this and other high-quality Fleischer classics.

PS I’m just messing with you, Man of Steel fans, but I know the Internet is hard on you. Keep in mind I’m just a lazy writer who doesn’t hesitate to pick the low-hanging fruit. Here’s an incredible gif of Henry Cavill in a group hug with some adorable muppets for being a good sport.