DOOMFIST: We’re All Wildly Excited About A Character We Knew Nothing About!

In late 2014 Blizzard released the cinematic trailer for its upcoming game Overwatch, centering around the battle for Doomfist’s awesome gauntlet. We all watched that trailer and collectively thought, “That’s a cool glove. I wonder what Doomfist is like.” And then we waited.

For over two years. 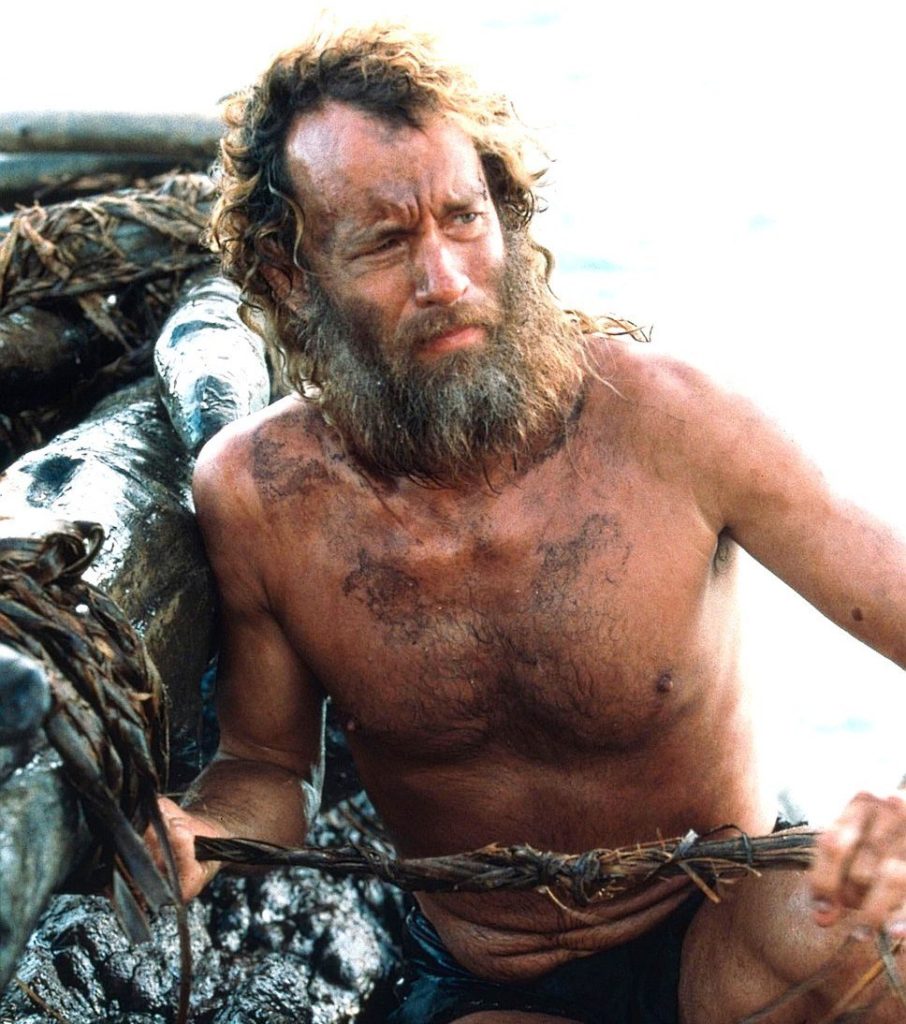 “I’m finally off the island! So what’s Doomfist like?…he’s STILL not out??”

It’s hard to say why the character captured our imaginations so. Was it his characterization, his backstory, his character design? Probably not since we had none of those things. In all honesty it’s because that name is fucking cool. But now we have him, so let’s go in depth on the most hotly anticipated character we sort of didn’t actually know anything about!

Today we learned from Big Papa Jeff cosplaying someone who does sports a little about the Talon leadership. Longtime Overwatch lore fans know Talon as the evil organization which opposes the forces of good and order. So far their operations have been mysterious and seemingly unconnected – an attempted assassination of a world leader here, the theft of a Pulp Fiction-esque glowing MacGuffin there. Basically your evil comic book villain team version of mean pranks at recess.

But while Talon was pulling down the UN’s pants and laughing, Doomfist was breaking out of jail (apparently by punching his way out of his cell with his bare hands). And this is a big deal for Talon, because Doomfist is apparently part of their leading council, which I can only imagine looks like this: 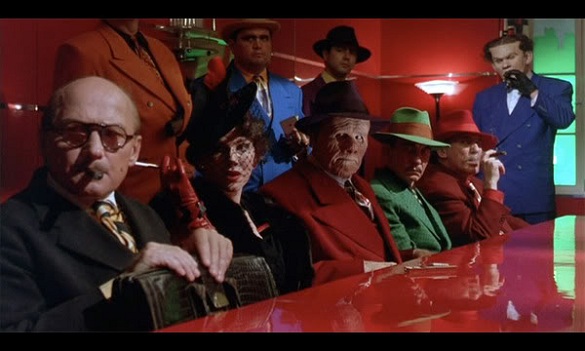 Unfortunately for Doomfist, normally sitting somewhere between Pruneface and Flattop on the Talon council is Reaper, and Jeffy-J has hinted that there’s conflict between the two. You can check out the video below:

We also finally got another animated short, although not what we’re normally used to. While previous shorts have been developed in-house by Blizzard and looked like PIxar short films, this time they’ve opted to make an anime-style short. In it, we see the climax of the famous battle briefly touched on in the original cinematic trailer, and it really is pretty cool. Does this short portend more anime-style shorts as the Overwatch team focuses on the game? Time will tell (but probably yes).

Generally, the story in Overwatch has felt like it’s been sitting still since Winston hit that “Recall” button (although if you’ve been following the ridiculously awesome fan-made material, you’ve never been bored). But with the release of Doomfist, it seems like we might finally be getting some forward momentum in the story.

Doomfist’s gauntlet is like if a Nintendo Power Glove fell into the sewer and got mixed with mutagen. His lineup is basically as follows: big punch, up punch, down punch, and Really Big Punch. The only move he has that isn’t a punch is his main fire, which actually kind of is a punch because he shoots off one of four tiny shotguns located on his knuckles. Why not just use a gun? Because then it wouldn’t technically be “punching” in a way, and Doomfist is probably psychologically incapable of accomplishing anything without punching. I assume he has to imagine he’s punching the toilet with his flow to even take a piss.

The Overwatch community is keeping in their hearts beloved Overwatch icon Terry Crews. Despite never being officially associated with Overwatch, in any capacity, Terry Crews has so long been assumed to be the voice of Doomfist it’s sort of surprising when you wake up and remember he isn’t already. 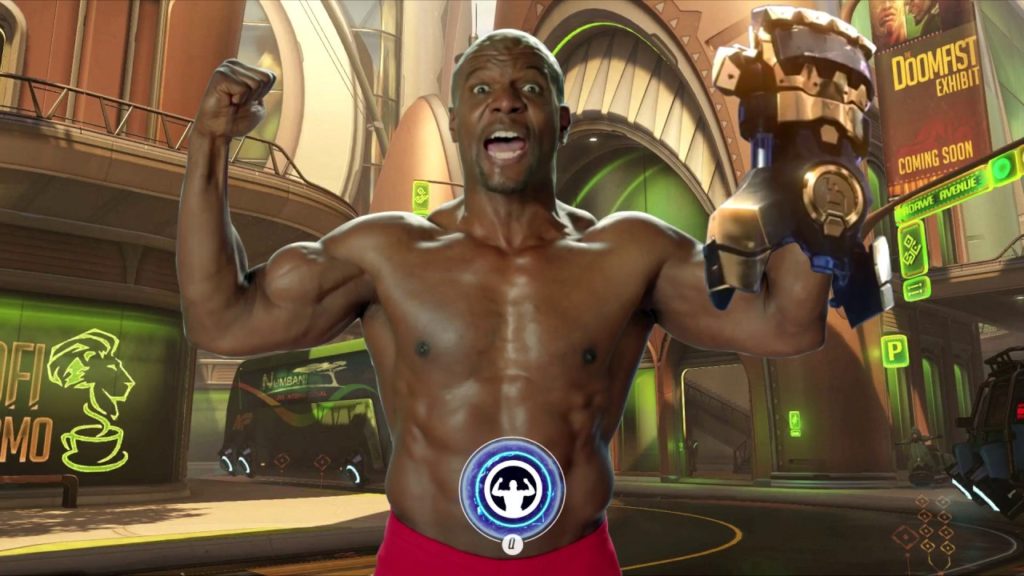 In a way though it makes sense. We love Terry Crews too much; he could never be a villain, when already he’s a hero to us. You just look at him and you want to give him a thumbs-up. I vote we collectively give President Comacho a thumbs-up by giving him a new moniker: Doomthumb. Nah, that’s stupid. You know what, I don’t care. Doomthumb. #5 on our hands, #1 in our hearts.

Sound off in the comments! Are you loving Overwatch’s latest hero? Is Doomfist the most punch-centric video game character of all time? Should we call Terry Crews the “Doomthumb?” Let us know!

One thought on “DOOMFIST: We’re All Wildly Excited About A Character We Knew Nothing About!”