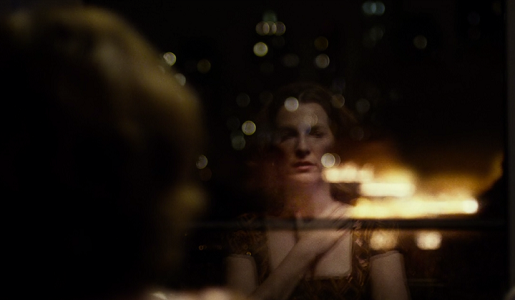 So the show is really rolling now. Last episode we got our first good long look at what this show wants to do with Kingpin and – 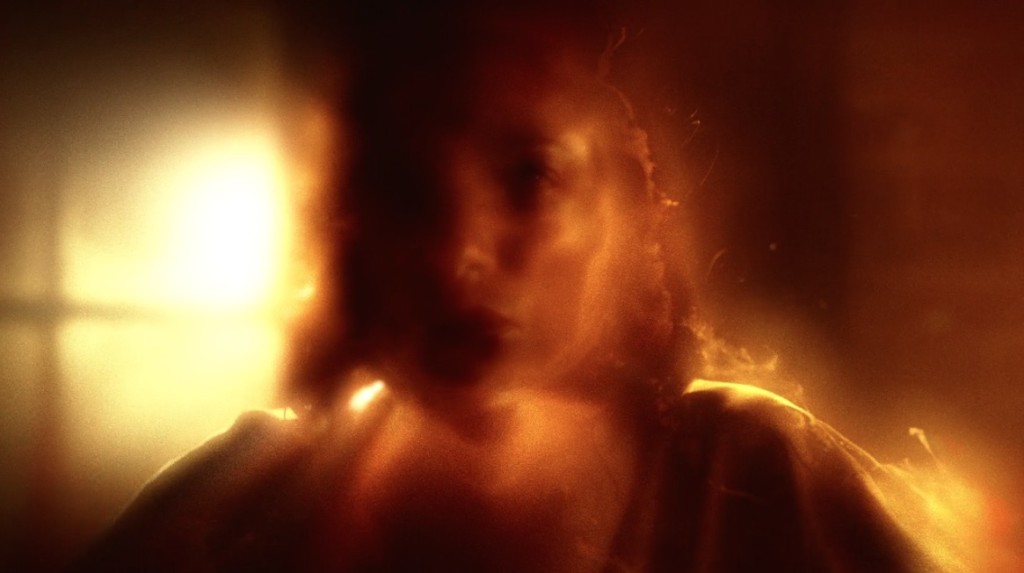 At least it’s mercifully short. In their following conversation, Claire is awfully calm about the fact that this guy has basically exploded her entire life. Following some Russian torture, she now has to hide out in Matt’s depressingly drab apartment until…New York City has no more criminals, I guess. The least he could do for her is buy a TV, maybe a PlayStation with some crimefighting video games.

Vladimir, meanwhile, is in a tizzy over his missing brother Anatoly, who never returned after going out to accept Fisk’s offer to help in running their taxi-based drug distribution business (Slogan: “We Are Helping You To Be Finding A Good Time”). Wesley does a hilarious job of playing dumb. 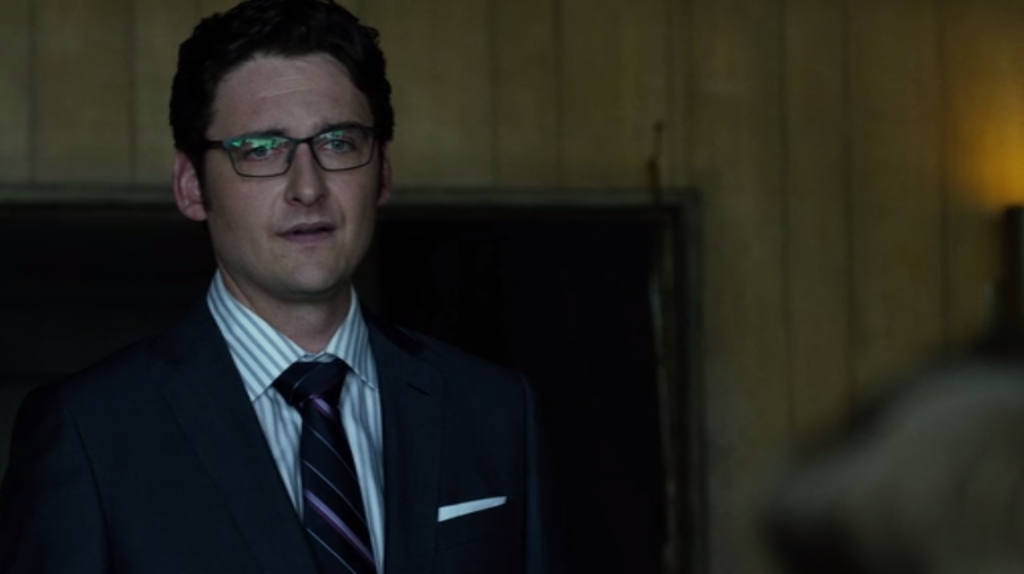 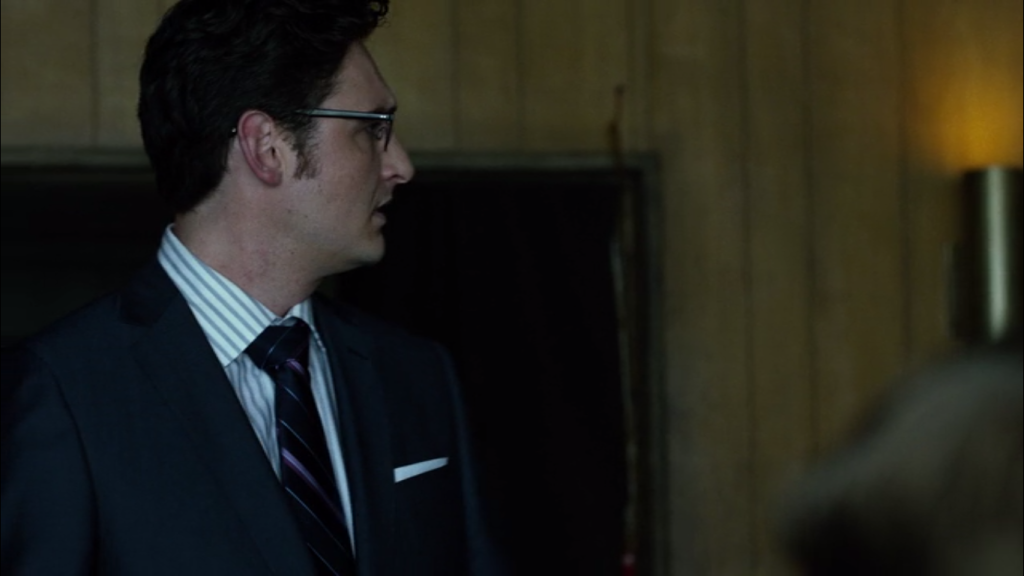 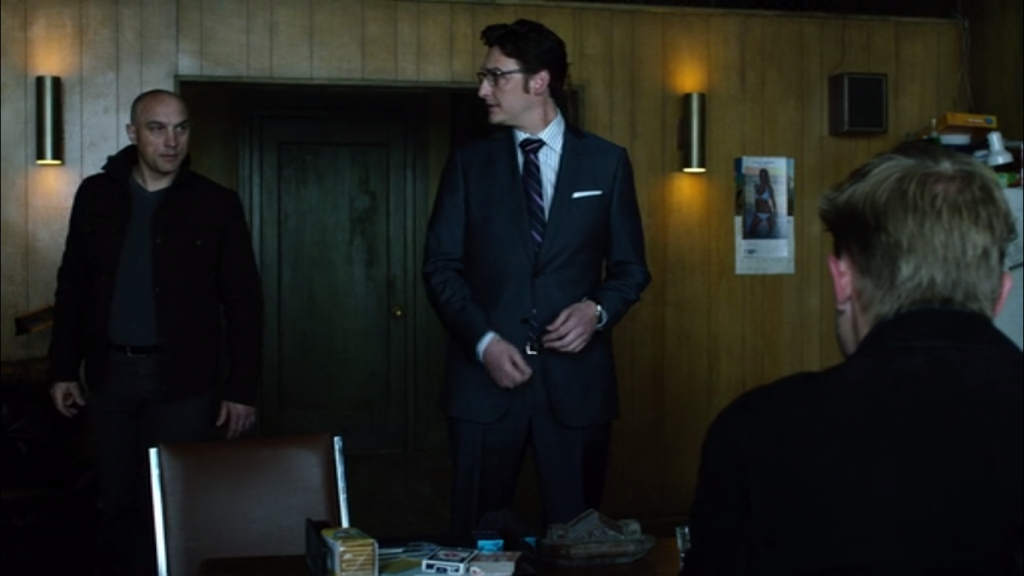 “You don’t know where he is? Well darn, I really wanted him to be here.” 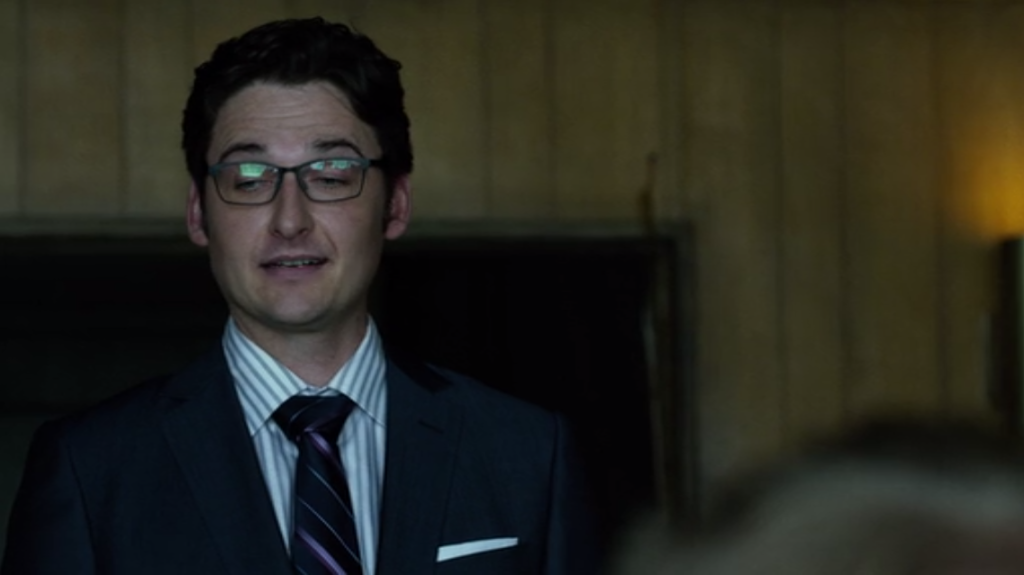 “I don’t know where he is, obviously.”

A few calculated lies later, bing-bang-boom, Daaredevil’s taking the rap for Anatoly’s death in Vlad’s eyes and the Russian is out for blood. That blood is laced with radioactive waste, but whatever.

Then finally, for the first time since the pilot, Fisk’s criminal cabal makes it’s colorful return, and goddamn do I love that old lady, Madame Gao. I love what a kick she’s getting out of watching blood, bone, and brains washed off Fisk’s car. That is a dark sense of humor. She’s somehow the person in the group that scares me the most. And I love that she’s first to rebuke Fisk when he apprehensively explains why Anatoly will never get “a-head” in life.

This long shot in the taxi is probably the standout moment of this episode. For its entire 2 minute and 11 second duration, we are trapped in the taxi with one of Madame Gao’s blind drug couriers with only the slow pivot of the camera to clue us in to our surroundings. It’s a great buildup to the episode’s first action sequence, and after listening to the dude sing for nearly the entire length of a song you can’t help but feel bad when a Russian gangster makes a painting with his head.

Back at the homestead a Guatemalan woman arrives looking for “Señor Foggy Law.” 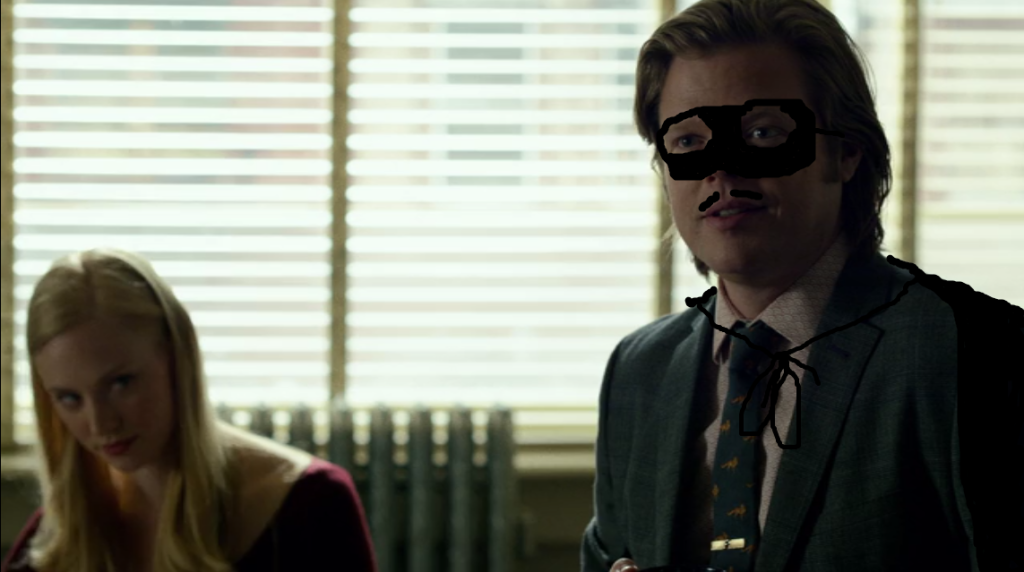 “Señor Foggy Law, masked defense attorney of the oppressed, at the Señora’s service.”

Before long, Foggy and Karen head out to help someone being pushed out of their apartment by an amoral landlord and Matt is uncovering police  corruption. Weird as it may sound, this all pretty much leads to date night in the Darrevedil universe. How? It’s hard to say. But before long, Foggy and Karen are having a modest dinner by candlelight, Fisk is on his second outing with Vanessa, aaaand Matt is having Claire read the texts on a stolen cell phone so he knows where to go to punch bad guys. I suppose that’s basically a date for Darederv.

Vanessa really comes into her own this episode, agreeing to a second date with the mysterious Fisk but being smart enough to bring a gun. Their careful interplay was fascinating to watch. What’s more, I’m not sure what to believe about Fisk right now. Is he actually a visionary reformer, as he claims to Vanessa? Or is he just a cruel man who wants to control his world? Whatever the case, I can tell you that this is also the episode that I “got” Durvder‘s version of Fisk. I can’t wait to see what else they do with this weird iteration of the Kingpin, on Derdvrdl.

Meanwhile we have the return of underworld everyman Turk, who appears to let the cat out of the bag when he tells Vladimir that a friend of his saw some suspiciously Russian brains getting cleaned off Fisk’s car. Vladimir reacts pretty predictably, considering he was just cleaning the body of his brother and reflecting on how he’ll never be the “head” of a major corporation. 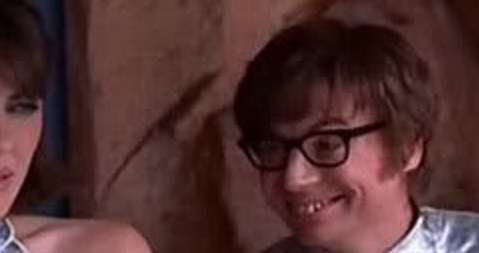 It seems the gang war Fisk was seeking to put off is inevitable, until one of Madame Gao’s blind couriers walks into the Russians’ armory and presses the “melt all this shit” button. Similar attacks appear to happen at various points throughout the city, and we know because Fisk got a window seat to the terror attacks he engineered for the evening entertainment to his date. He explains that he has destroyed the people who beat a man and kidnapped his child the other day, leaving out that those people were part and parcel of his Evil Organization. “Good,” Vanessa replies, showing an edge to her character that we had not seen before.

…In fact, Vanessa seems almost a little too satisfied with exploding buildings. We’re seeing her apprehension about Fisk and his darker activities melting away, but I feel like we’re seeing a little something else there too. Maybe Fisk lit more than the Russians’ fire with his display.

Anyway, next episode is full of promise, with Hell’s Kitchen burning and Durrde about to be arrested by the cops in the middle of the carnage. It’s a hell of a cliffhanger. As of this episode, the show is already some of the best superhero TV I’ve ever seen, and it feels the show is only picking up steam.