Hey, Thought You Should Know That A Film Called 9/11 Comes Out Today Starring Charlie Sheen 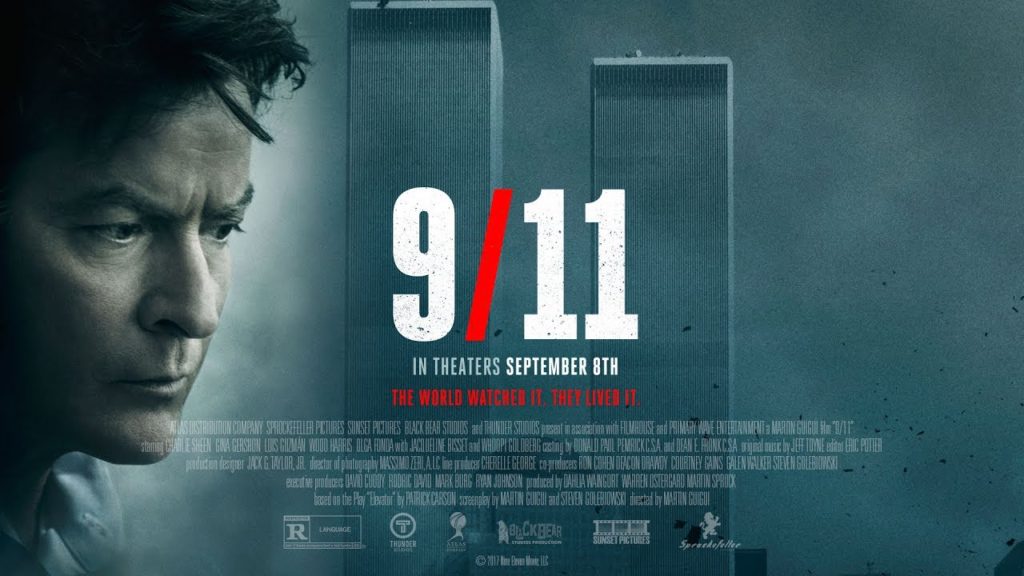 There’s a new movie capitalizing on a national tragedy for monetary gain that comes out today.  Who wants to see It when you could sit though 9/11.  That’s also the name of the film.  It’s just called 9/11.  What the hell is this poster?  Here’s a trailer.

Yikes.  I don’t need to see the movie for multiple reasons, but why bother after viewing this.  The trailer just tells the entire story without an hour and a half of bad acting.  It shows the elevator falling.  It also looks like a made-for-TV film and anyone who isn’t stuck in the elevator probably did all their scenes in a few hours on a Sunday afternoon in their own homes.  I didn’t think it could get any worse, but I was wrong.  Here is, for some reason, a second trailer.

Anyway, there you go.  Oscar season came early this year.  Charlie Sheen is also a 9/11 Truther.

See ya in Hell.