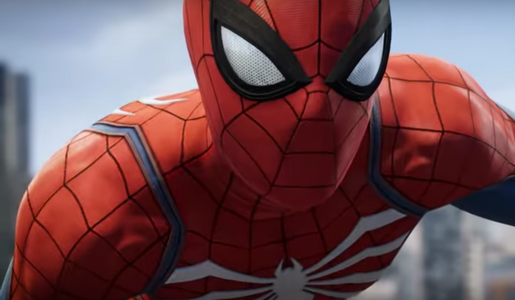 “We’re very excited about this,” Spider-Man game director Brian Intihar said in an exclusive and totally not made up interview with Geek Melee. “We thought it was great being Batman and sneaking up on people and pressing R1 to quickly grapple around. But we thought, what if you did all that same stuff, but you were Spider-Man?”

“Spider-Man’s stuck our helicopter to the building with his webs, Mister Negative! Quick, free us with your energy blasts!”

“We think the result is really innovative,” he added proudly.

As part of the nine-minutes of demo gameplay Insomniac released at E3, gamers got their first peek at the game’s stealth and combat systems. Gameplay seemed to show the web-swinger pulling himself to various high places during the stealth portion in order to quietly attack enemies from above. The game also appears to have no block function, with our hero instead relying on a counter system to avoid attacks. “We figure Spider-Man is known for dodging more than blocking. A lot like Batman, actually. So we thought, what if we just cribbed that, too? And the lawyers said it was okay!”

Asked about the innovative swinging mechanics gamers enjoyed in Treyarch’s Spider-Man 2 in 2004, Intihar shrugged. “Yeah, I tried to convince them to just go with a web-glider. Batman didn’t have to swing around, you know? But apparently people really liked the swinging.