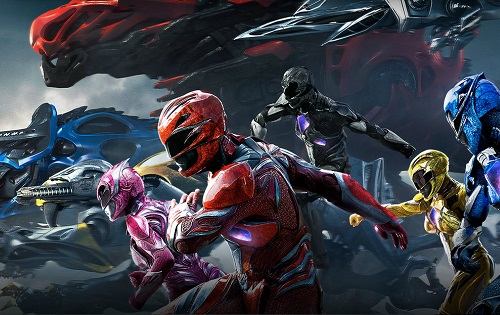 Warning: After this point there are light spoilers.

Here’s something else that’s kind of crazy to say: if you liked Dredd, there’s a good chance you’ll like Power Rangers. And yes, I mean the good Dredd with Karl Urban, not the 90’s Stallone mess. The real star of this movie isn’t Bryan Cranston or Elizabeth Banks, it’s the visuals. The movie is just so much fun to look at. Even calm scenes are enjoyable, like the tilted, swooping shot behind and over Trini’s shoulder as she practices yoga on a quiet bluff. But when the action kicks in, the visuals really shine. DP Mathew J. Lloyd, who was also director of photography for the first season of Daredevil, really pulled it out here.

So I love how the movie looks, but what really brings it together for me is that the movie is bound and determined to give you actual characters. Let me tell you something, and here’s where the spoilers begin so last warning: you don’t see the actual Power Rangers, like, in their suits, until the last thirty minutes. They wait the whole movie to show you the costumes from the poster. And I loved it. Who expected restraint from the Power Rangers movie? Not this guy. I went in expecting mind-numbing levels of balls-to-the-wall action, and to be sure, the action is there. But it’s painful-looking, bone-crushing action. 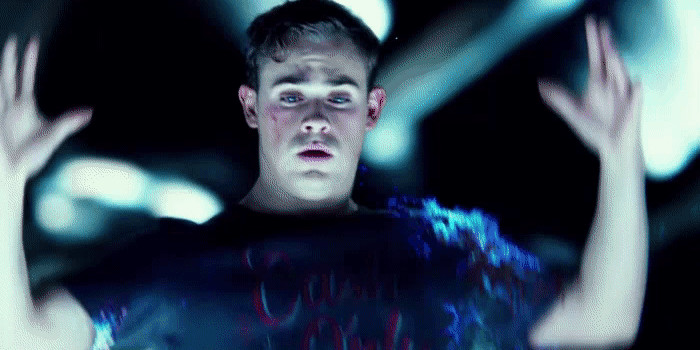 “Tobey Maguire didn’t have to put up with this shit!”

Time I expected to be spent in idiotic Explosion Land was instead about these kids, total strangers to each other, coming to know and trust one another. This movie really wants to earn its emotional currency; like real teenagers, these kids are cynical and guarded. They eye each other warily, with a sort of pre-emptive contempt, anticipating the same lack of understanding they get from everyone else. Each is living the silent tragedy of the disaffected American teenager. I mean, don’t feel too bad for them because they do get robot dinosaurs at the end. But it’s always easy to empathize with them.

“Man, the existential struggle of the modern teenager is complex as it is–ROBOT T-REX FUCK YES”

The characters played by more recognizable cast members have really interesting twists, too. Zordon, far from being the unerring father figure of our childhoods, is a whole person. He gets frustrated, and loses faith. He tells team leader Jason it can’t be done, that they’re going to fail and should let him (the adult) handle it. As a former kid and current adult, it’s refreshing to see the god-like pseudo-parent sweat.

Rita Repulsa. Is. Fantastic. In the old show, Rita would toss a monster to Earth, watch it get defeated safe in her palace on the moon, and then go back to bed. This Rita gets her hands dirty. We see her struggling in the movie’s beginning, and are aware of the slow growth of her power. She’s physically on the ground, fighting the rangers and becoming the dominatrix of evil that we know she is. And when the credits roll, I said, “Wait, Rita Repulsa was Elizabeth Banks??” Let me tell you, she does an excellent job. She is by turns frightening, intimidating, and even funny in a way that doesn’t undermine the threat she represents.

I cannot WAIT to see what they do with Lord Zedd. 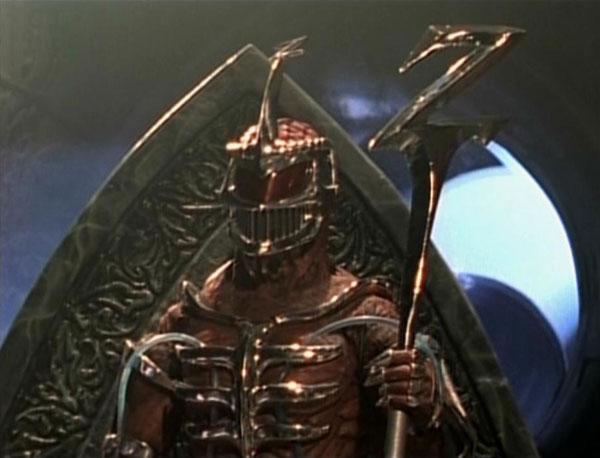 Reminder that 90’s-era childrens’ television Zedd had NO SKIN

There was some initial backlash (isn’t there always?) over the alien look of the Rangers’ costumes and Alpha Five. But this bizarre aesthetic, which also extends to the buried space ship (no Command Center perched on a high, rocky outcropping here) really pulls you in to the kids’ situation.

I’ve said a lot of very positive things about this movie, and to be sure, my expectations were super low going in. I should clarify that I don’t think this movie is going to be a classic in twenty years. For instance, it’s amazing how many sheer coincidences needed to happen in order for the situation to work out like it did. For instance, Billy takes Jason looking for something (I have NO IDEA what) and discovers the power coins just before Rita is accidentally netted by a fishing boat. And the kids just happen to end up leaping down a ravine which leads to the buried ship. Lucky that!

And aren’t they lucky they run into Zordon and Alpha Five before they tell anyone what they’ve found. In fact, it’s pretty convenient that the space ship is buried so close to where the coins were buried in the first place. And thank goodness three of them ended up in detention at the same time. Some of this maybe can be explained away by Zordon’s plot wand about “the morphing grid is never wrong” but damn. Damn. This is the kind of plot where all the principals must have been rolling around in four-leaf clovers right before it started.

But, you know, for this kind of movie it just…doesn’t matter. We’re teenagers, we’re sad! We have powers, we’re happy! We can’t morph, we’re sad! We can morph, let’s FIGHT THE ROCK PEOPLE!! Power Rangers knows its place, it knows what it does and doesn’t have to explain to make you happy. Yet they find time to make interesting characters so that the fun action counts for something.

So I take back what I said earlier. This isn’t Michael Bay directing The Breakfast Club, because there’s something like actual people and restrained storytelling in this movie. This is more like Kid Dredd. Which…sounds awful. But imagine if they did Kid Dredd, but it was really good. Imagine that. Are you imagining it?

What’s interesting about the original Power Rangers show if you go back and watch it (with a GIANT grain of salt, if you want to enjoy it) is that there are no parents. None. The kids are essentially parenting each other. They also appear to live at Ernie’s Gym & Juice Bar. You hardly ever see them at school, it’s actually super nice of Rita to keep these Earth-shaking battles in the late afternoon. But I’m on a tangent now; there are no parents. In this movie, the parents actually show up and play a role, but they’re very tangential to the plot. This movie is just as much about the kids as the show was, there’s just a sense of their actual home lives this time. Anyway, rant over.

Kimberly will probably again be a first crush for a whole generation of prepubescent boys (and girls!)