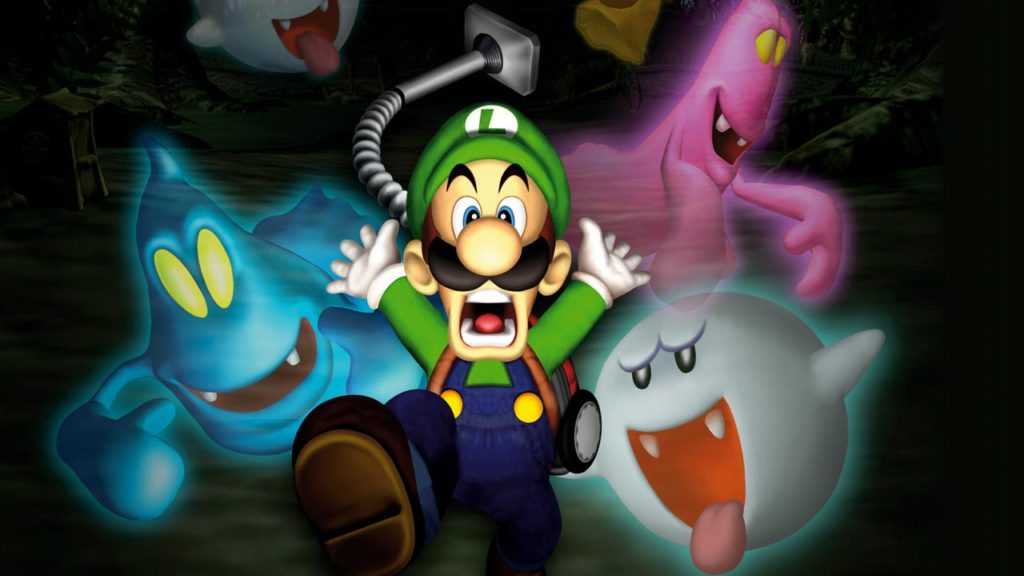 It was All Hallows’ Eve.  I shut the door on what I assumed was the last trick-or-treater for the evening.  My candy supply nearly exhausted, I locked the door and shut off the lights.  After cleaning up a bit, I turned on the TV to find whatever cheesy horror movie was playing and let myself relax a bit.  It had been a good night.  Soon enough, the movie had lulled me to sleep.

I turned to the door, then to my watch.  1:13.  “Little late for kids to still be out.”  I readjusted in the chair and attempted to fall back asleep.

I turned back, a little more concerned.  I staggered sleepily to the door and listened for kids laughing on the other side.  Silence.

I jolted away in shock.  Quickly, I swung open the door.  Nothing.  Flipping on the lights, the front porch was empty.  I took a step forward and noticed something on the ground.  A small piece of paper.  “What the…”  I uttered as I leaned down to pick it up.  Upon seeing it up close, I recoiled and dropped it.  “Oh fuck!”  Although light in weight, it hit the ground with a thud.  On it was written “Free Download Code For Resident Evil: Umbrella Corps!”  I clasped my hands and tried to wipe off the grime on my shirt.  “Who…who would do this?”  I wondered aloud.   Feeling a strong chill come over me, I returned inside and locked the door. 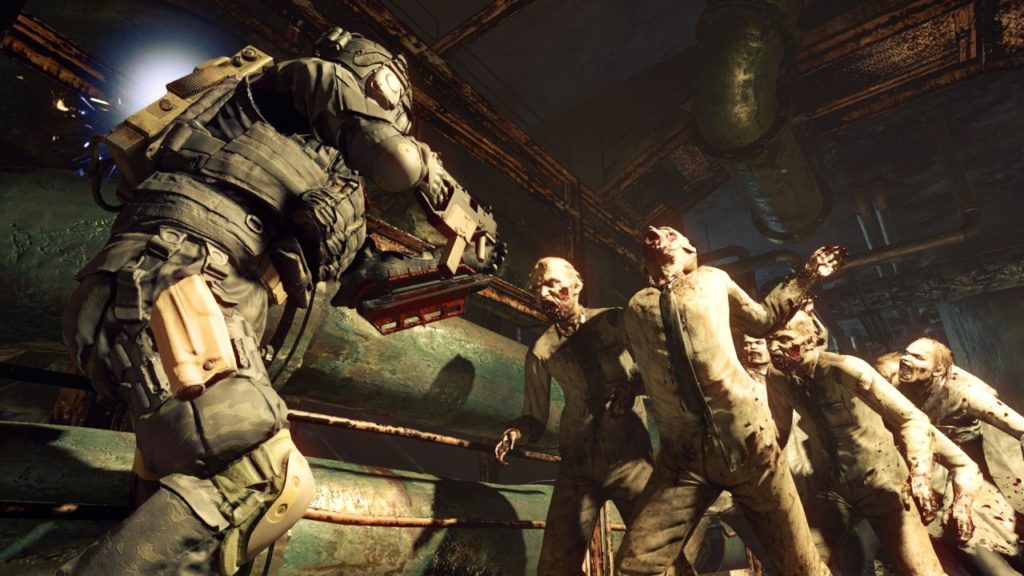 Through the window, something clattered to the floor next to me.  Before I had time to process what had occurred, the light revealed what had shattered the glass:  A copy of Tom Clancy’s The Division.  “Oh my God…how…disappointing that game was…”  I whispered.  “I looked forward to it for months…”  Looking up, my face turned ghost white.  Standing in my living room were seven shadowy figures.  I turned to grab the door, but the handle wouldn’t budge.

One of the men stepped forward.  I swung back around, my eyes darting all over.  “What do you want! Who are you!”  I yelled at the mysterious men.  The leader came into the light.  Instantly, my eyes narrowed.  “Wait…no…D…Denzel Washington?”  Denzel, decked out in full cowboy attire, tipped his hat.  “Don’t worry, friend.  We’re the Mediocre Seven.”  “Please…I already watched that movie once!”  I tried desperately to open the door again, but with no luck.  I turned and pushed past the outlaw, running upstairs.  Denzel smiled, whistling to his compatriots to follow. 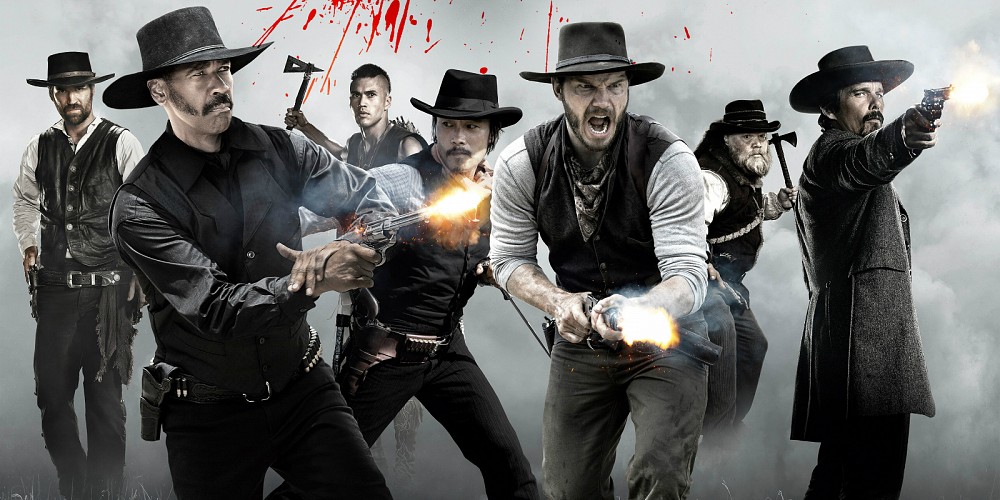 On the second floor, I stumbled through a hallway.  Bursting through a door into a bedroom, I slammed it behind me.  For a moment, only my breathing was heard.

I jumped, but I dared not move.  Why did that sound so familiar?  A different voice filled the room moments later.  “We’re entering Coneria City now!”  “Oh no…”  I thought.  I recognized that one.  Groping the wall, I looked for a switch until– 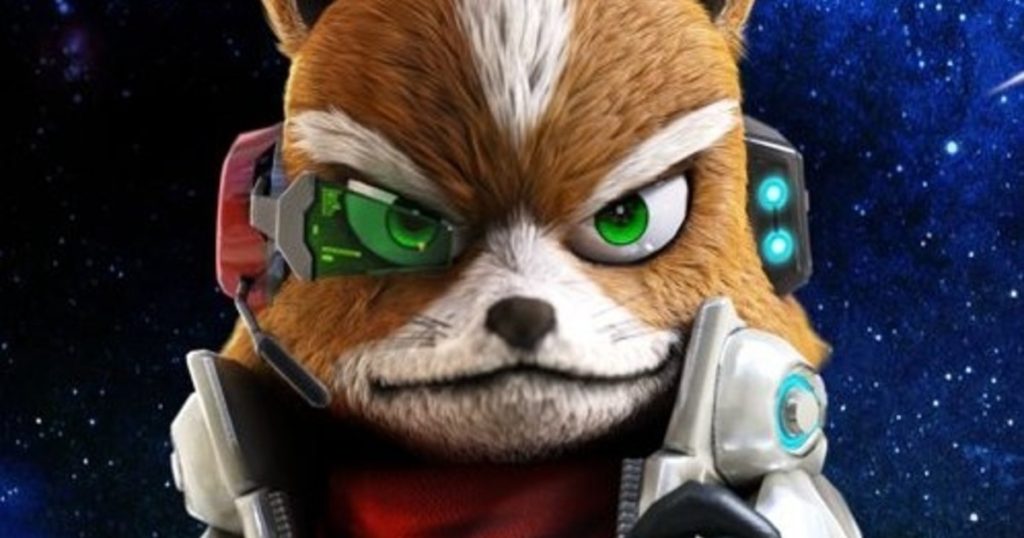 The room lit up.  Slowly, cautiously, I turned my gaze to where the voices came from.  My eyes grew wide with fear.  On the bed was an unopened copy of Star Fox Zero.  “SLIPPY GET BACK HERE!”  the game yelled.  I shrieked.  The box attempted to hurl itself as an attack, but it was hindered by its insanely difficult motion controls and wound up hitting a wall.  In a panic, I bolted from the room.  Back down the hallway, I didn’t get far before being paralyzed yet again.

Hanging from the ceiling was the body of Keiji Inafune.  A copy of Mighty No. 9 was lodged into his skull.  “Jesus Christ.  It’s so…it’s so fucking ugly!”  I yelled before running past the dangling disappointment.  At the base of the stairs, The Mediocre Seven blocked my path.  In a flash, I leapt over them all.  “So far so good…”  uttered Chris Pratt, one of the Seven.  In all my fear, I still found a moment to sigh heavily at the line. 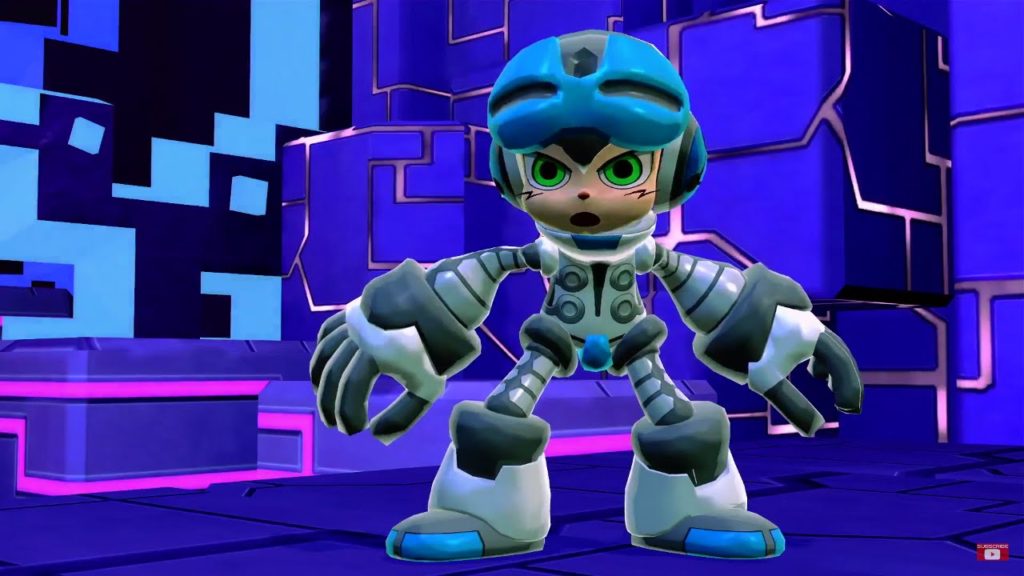 Using all my might, I busted the front door open and ran for my car.  Shakily trying to open the door, I was startled by another vehicle igniting behind me.  The engine roared into the night, but once I got a closer look, horror filled my thoughts.  The automobile was a hearse.  The doors opened, and out stepped two extremely funny and talented actresses.  Melissa McCarthy and Leslie Jones were also there.  Their proton packs charged, they stood in a line for no reason.  McCarthy readjusted her glasses.  “We’re funny.  Get over it.”

I screamed.  The mediocrity was too much.  I ran past them as they attempted to make more jokes themed around the original Ghostbusters film BUT also make it their own thing, which didn’t really resonate or work in any capacity.  It wasn’t even their fault honestly.  The coffin in the back accidentally slid out, popping off the lid to reveal an undead Paul Feig.  “Yeah that’s right!  Run ya little basement-dwelling troll bastard!  Run!” 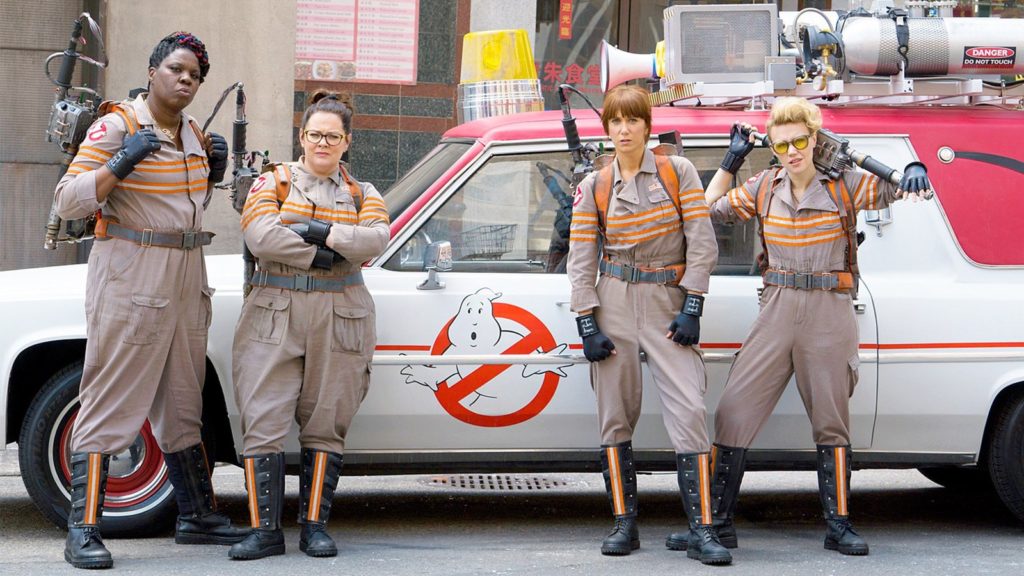 “Everyone get in here! This is going on Insta!”

And I fucking ran.  My legs and arms pumping as fast they could carry me.  In a driveway, Batman and Superman duked it out, special effects absolutely dominating everything.  “Oh God, it’s just so boring!” I yelled, trying to shield my sensitive eyes from the joylessness.  A copy of Mirror’s Edge Catalyst landed in my hands.  “AHH!  I literally forgot this game happened!”  I cried before throwing it behind me.  On another driveway, a lot of super villains stood around opening up weird gifts from Jared Leto and ultimately amounting to no entertainment for anyone.  “If only you had actually committed suicide as a squad!”  I thought as I kept running. 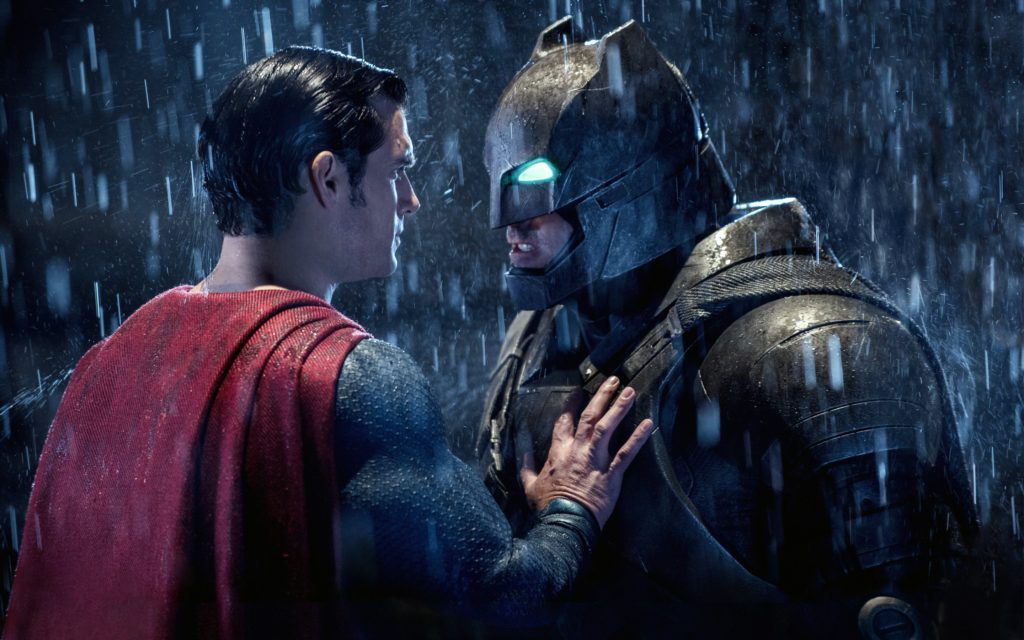 *rambles on incoherently about BvS while Affleck stares into the void*

At the end of the street, a solitary man stood.  He held something in his hand.  Something I couldn’t quite make out.  The man looked up and smiled awkwardly.  “There are eighteen quintillion planets,”  he said, uncomfortably.  He began shuffling towards me.  “Here we’re at the boundary between two warring factions.  I could join in.  I could take sides,”  he lied.  I was unable to move, the disappointment slowly overtaking my entire body.  “Anything is possible.  It just works,”  the man continued.  “You could encounter other players,”  he said.  “Stop!  Liar!”  I yelled, my legs still glued to the ground.  The man smiled wide.  “The reality is…the likelihood of that is tiny…basically.”

I struggled to gain freedom.  “No more!  Please no more!  It’s so disappointing!”  The man, now directly in my face, laughed uneasily.  Then, in a lowered voice, whispered into my ear.  “Here’s a gift from me to you.”  He thrust a box into my hand, the one he had been carrying.  Looking down, tears began to swell in my eyes.  It was a copy of No Man’s Sky signed by him.  Sean Murray.  “It was a mistake” was written sloppily underneath. 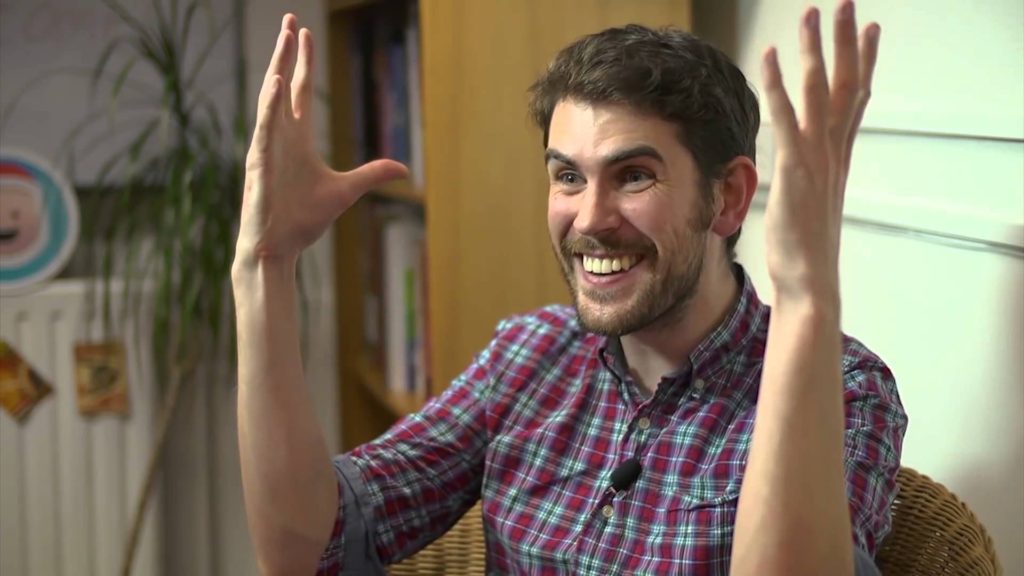 My tortured screams echoed down the street until–

I jerked awake.  In my bed.  A dream.  It was all a terrible nightmare.  I chuckled a little to ease my mind.  Exhaling heavily, I laid my head back down and slowly closed my eyes.  As I drifted off to sleep, a familiar tune began to enter my thoughts.  Its melody easily lulled me to sleep.  Until a voice spoke these ill-conceived words.

“This is a rebellion isn’t it?”

I never fell back asleep.

“I can’t wait to be disappointed by The Last Guardian!”