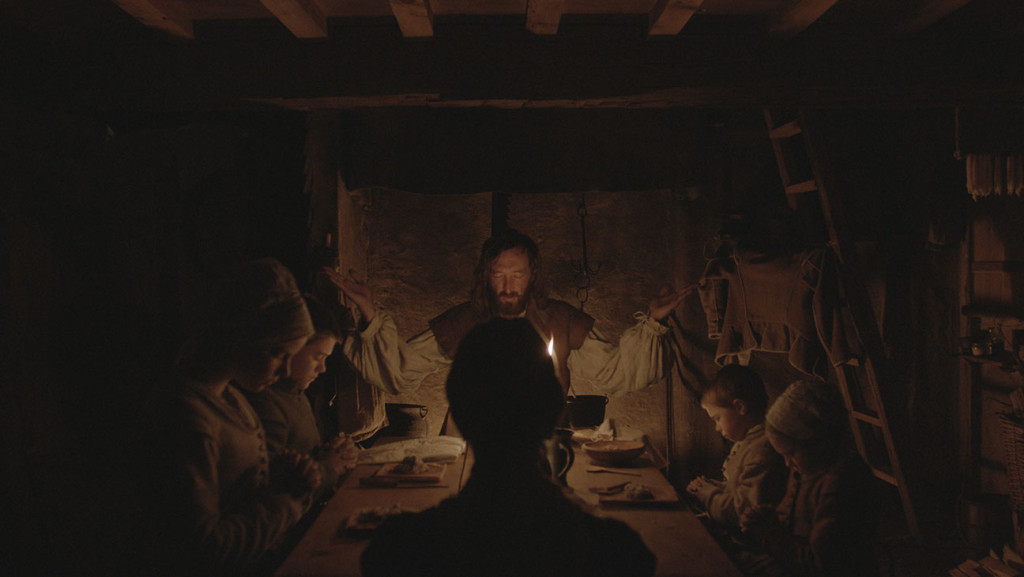 Written and Directed by: Robert Eggers

Set in 1630 New England, The Witch follows a religious family of six as they leave the safety of their community plantation to strike out on their own and settle at the edge of a wooded wilderness. They are soon set upon by an ancient and sinister evil which drives them apart and toward the brink of madness. To say much more about the plot of The Witch would likely do it a disservice, and spoil the delicious details. Although, in truth, there isn’t much else to say about the story. The subtitle of the film, “A New England Folktale,” is a fitting description. The plot is simple and straightforward with only a handful of characters and one major location. The complexity and delight comes from the moral and visual ambiguity that leaves plenty open for interpretation and discussion.

Writer/Director Robert Eggers has stated much of the dialogue was lifted directly from historical texts of the time period which creates an authentic sense of time and place. The cast, including the three young children, nails the dialect and formal language. The set design and costumes are full of meticulous details that enhance this authenticity. The camera moves are slow, creeping, and methodical, bolstered by a chilly color palette and a deliberate pace in editing. These elements combine to create nightmarish cinematography filled with haunting imagery. The music is a cacophony of primordial drums, scratching strings, and choir style vocalizations. The presentation is perfect and builds a mounting sense of dread while maintaining a constant sense of unease. Most impressively this was all achieved with a small budget of $3.5 million dollars, which is sparse even by Horror film standards. 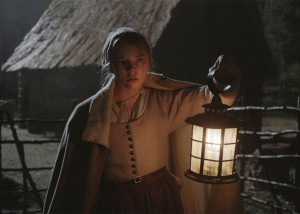 The Witch, however, is not the typical low-budget horror film. Its slower pace and poetic visuals create an arthouse horror feeling, while its themes, tropes, and ideas borrow from thrillers, mysteries, and period dramas.  But like the best horror films – this is a film to be watched in a big theater with a large audience. The communal experience of film is perfectly encapsulated in the joint anxiety, terror, fatigue, and eventual emotional release of a horror film. If you have a chance to see The Witch – I highly recommend it as soon as possible.  With chilling visuals and haunting music, The Witch conjures an engrossing story and authentic tone, and leaves a lasting impression. The film has lingered in my mind and nightmares for the past week, and it should haunt yours as well.

A slow burning arthouse horror with a diabolical and detailed aesthetic.