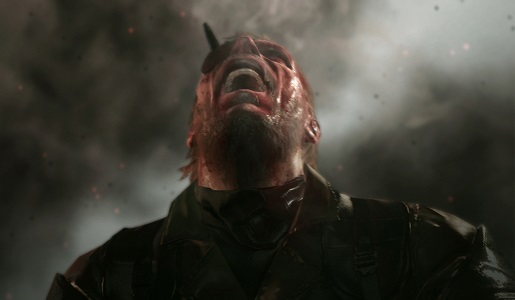 In the few months since the release of Metal Gear Solid V: The Phantom Pain, the Internet has furiously investigated the situation surrounding the game’s disappointing ending. I don’t think it’s arguable at this point that MGSV – the final game in the Metal Gear series to be made under the direction of franchise creator Hideo Kojima – was shipped before its story mode was complete. Whether you believe it was short by one mission or a whole chapter, it’s clear the narrative’s concluding revelation was in no way planned by its development team to be its actual finale.

I’m a huge fan of the Metal Gear saga and also just a huge nerd in general so I won’t even try to be cool about this: when I “finished” the game, it was like being punched in the gut. Metal Gear Solid 3: Snake Eater is one of my favorite video game experiences of all time, up there with Super Mario Bros 3 and GoldenEye 007. Chapter One was an incredible narrative and had me salivating for more. But in Chapter Two, story missions started drying up, and I found myself embarking on old missions labeled “new” with the difficulty cranked more and more. Then comes that crazy revelation that we haven’t been playing the real Big Boss since Ground Zeroes, and I thought, “That is nuts. Not sure how I feel about it, we’ll see how it shakes out in the rest of the story.” BUT THERE WAS NO REST OF THE STORY MAN.

Venom Snake’s promised return to Camp Omega, Big Boss’s heel turn, even simple dramatic resolutions for Miller and Eli et al., none of this came to pass. The story just…craps out.

So immediately I asked myself: Who’s fault is it? It was time to play the Blame Game. And as a friend of mine said, “Blame the company that wants to quit video games so they can make pachinko machines.” Of course. Konami!

It’s no secret that Konami has been shitting on gamers for some time now. Grant Brunner over at ExtremeTech sums it up better than I ever could:

We’ve seen a falling out with its biggest creative resource, the complete removal of any trace of P.T. from the PSN store, and reports of excessively harsh treatment of employees. Now, it seems that Konami is exiting the world of console game development with the single exception of the Pro Evolution Soccer series…and the company’s technology director has quit because of this decision.

Of course that “biggest creative resource” is Hideo Kojima, one of the most well-known video game developers this side of Shigeru Miyamoto. P.T., short for Playable Teaser, was a Silent Hill teaser directed by Kojima – and like his name on the MGSV box, it’s gone now. In fact, Konami has been bizarrely Mean Girl-ing Kojima ever since their mysterious split, going so far as to prevent him from publicly accepting any awards for MGSV. 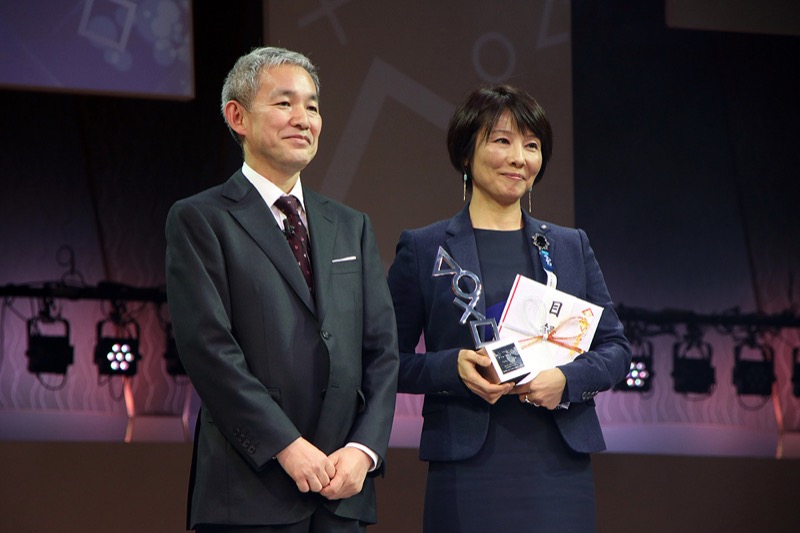 Pictured: People who did not make Metal Gear Solid V accepting an award for that game

It was clear to me that Konami, wanting to exit the world of AAA game development as quickly as possible, cut what could have been one of the greatest game narratives of this decade off at the knees and cashed in on an unfinished product. Why not? It’s not like they have to protect their name in game development anymore.

So is this something I have to do from now on? Do I have to check online to make sure the game was finished before it was fucking shipped? I mean, Jesus, Konami.

And it’s no secret that Konami has just become a hellish place to work. Just look at this Kotaku article literally titled “Konami Is Treating Its Staff Like Prisoners.” I mean, we’re talking real schmucks here, so it’s got to be entirely Konami’s fault…right?

But maybe not. The more I thought about it, the more holes in this “all Konami’s fault” business appeared. And I came to a new, totally inescapable, 100%-not-wrong opinion on the real culprit:

There is no disputing that Konami is run by actual shitlords, but those shitlords gave Hideo Kojima $80 million before they pulled the plug. $80 million! You could make a big-budget movie with A-list actors for that kind of money. I mean, damn, they made God of War III for just $44 million. Outside of MMOs this kind of budget is unreal. Even the previous Metal Gear game, Metal Gear Solid 4: Guns of the Patriots, had a budget coming way under $50 million according to one of the producers. And that game currently holds a 94 on Metacritic and is roundly praised as a masterwork. What the hell was Kojima doing with all that cash? 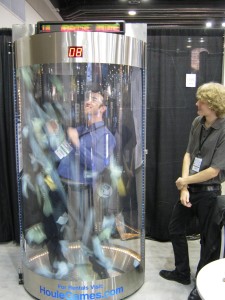 Not to mention this game was in development for five years, a journey of almost Tolkien-esque length even by Kojima’s standards. After all, Kojima managed to put out Metal Gear Solid 4: Guns of the Patriots just three and half years after Snake Eater, including building a new game engine. And Kojima accomplished that while moonlighting as director of Peace Walker!

And let’s not forget that the most consistent criticism leveled at MGS4 was its superdense story. I eat this shit up like Velveeta and Rotel, but even I was experiencing some cinema fatigue by the end. Did MGSV really have to be 300+ hours of cutscenes or bust, Kojima?? How did you even think you would make money?

Oh, right. According to Metal Gear composer Rika Muranaka (who, to be fair, has since distanced herself from the controversy), Kojima’s salary was in no way tied to MGSV’s profit margins. Thus, he apparently had no incentives to reign in spending or meet deadlines.

When you take this together with the fact that Kojima’s name appears dozens of times throughout this game, an image emerges of an egomaniac and rabid perfectionist. Hey man, we all want a great video game, but I can’t fault Konami for being a business!

But then I started to think about the situation a little more critically, and went over my evidence again. And I came to my final, and most frustrating, conclusion.

It’s both their faults!!

Sure, $80 million is a lot of yen, but unlike MGS4 this game is a multiplatform release. And also unlike MGS4, whose straightforward team deathmatch style online mode was largely lifted from its predecessor, Phantom Pain has a fresh and innovative multiplayer mode which offers much more in terms of possible replay value. So of course it would also require more money and time. Maybe not THAT much money and time, but a lot.

And it’s not like there haven’t been more expensive games than MGSV. Grand Theft Auto IV was $100 million; its sequel, Grand Theft Auto V, was $137 million. Hell, Microsoft poured more than MGSV’s budget into a Halo MMO that they ended up pulling the plug on entirely. But we’re still talking about a game that may or may not be in the top ten most expensive video games to develop of all time. Yeah it would have been nice if Konami had given Kojima a blank check, but it’d be tough to fault them for cutting off the game’s sky-high budget in the best of times. At this point I’m feeling more of an 80-20 split against Konami.

Blame: Fuck It I Still Love This Game

Maybe this was more of a systemic breakdown. When one of gaming’s brightest stars is intent on making a game not just great, but *perfect,* and you put him together with a company that’s pretty done with console games in general, you’re not going to get a good stew. It’s probably a miracle we got the game that we got. 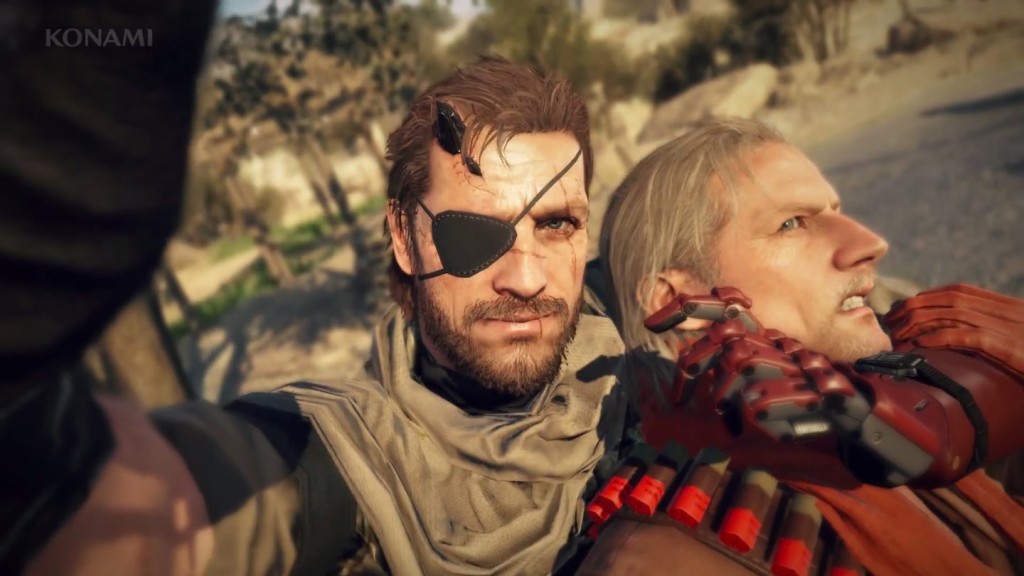 I can’t say I didn’t enjoy the living hell out of what I got.

And it’s not as if we don’t know what ultimately happens to Big Boss – or Ocelot, Eli, Miller and the rest for that matter. If I really want to know how things shook out for these people, I can always re-play the next five Metal Gear games in the timeline. 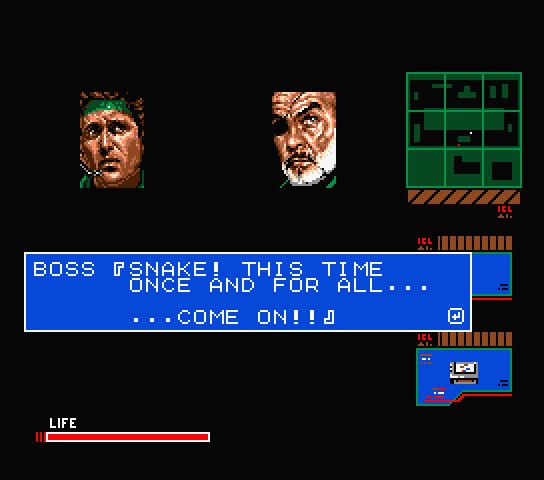 In the game’s TRUE true ending, Big Boss gets bit by a radioactive Sean Connery

I don’t know man. Fuck it. I’m just gonna sneak into some poor bastard’s base online and kidnap his staff.

Once again the Blame Game has gotten me utterly nowhere