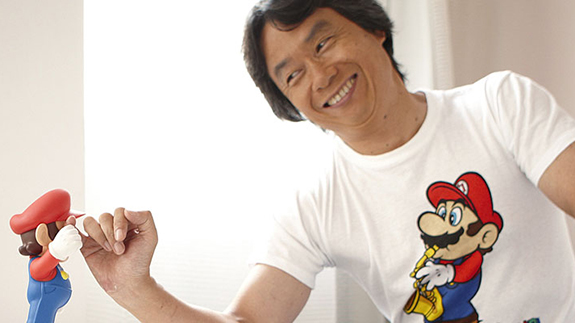 The internet found another rumor floating around, this time from market researcher GfK.  The “leak” contained some really cool information about Nintendo’s upcoming console, badassly code named NX.  The gaming company was super confident when discussing the escape of their precious information.  “Leaks happen, but here at Nintendo, we like to keep our fanbase very informed about what’s going on.  So I’m here to tell you everything about the rumor is entirely 100% true,” stated the newly minted President of the company Tatsumi Kimishima, followed by an exaggerated wink.  Asked for clarity about the oddly placed eye flutter, Kimishima simply shrugged and made that playful “I don’t know” face.  Some of the cool ass shit we can presumably expect from the NX based on a single “leaked” picture are as follows:

– Connect with other Nintendo players around the world! (via the amazing, innovative and not-years-behind-the-times Nintendo Network)

– Earn and share gaming achievements, triumphs and defeats with your gaming friends and the Nintendo gaming community! (shit that has literally been around for years)

– Surf the web or make video calls on your TV!  (or don’t, because no one does that ever)

Also included with the console is a sensor bar, so worried gamers can be assured that some stupid fucking peripheral will likely be included to “enhance” their experience.  Although Nintendo employees and company heads all stood behind the super awesome “leaked” materials, many fans wished nothing but death for the company and themselves.  “I cannot take another Nintendo console like this.  It was bad enough that they didn’t name the Wii U the Wii 2, but this is…I mean, 900p?  Why?  Why.  Why would you actively choose to dick-kick me!”  yelled Senior Product Marketing Manager of Nintendo Bill Trinen.  He shuffled away mumbling to himself something about “there should be a real successor to Super Mario RPG…” and other pipe dreams that will never actually occur.

Nintendo later commented and said that “everything was a hoax, or was it, who knows, keep guessing until E3 chumps.”