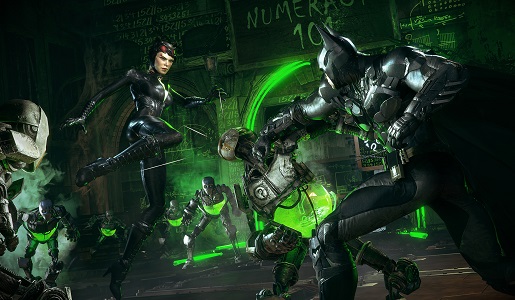 An Oklahoma man is still seeking his last Riddler challenge in Batman: Arkham Knight. Keith Frakes, a 28-year-old project manager currently residing in Oklahoma City, explains that he started playing the game soon after it was released but often put off searching for the Riddler’s hidden treasures in favor of the game’s beefier missions. “It’s like, there’s Two-Face robbing a bank with a garbage truck, so why do I want to guide a ball through a maze by rotating a box?” Frakes explains. He laughs uncertainly. “It’s a little frustrating to be sure! But I’m coping.” 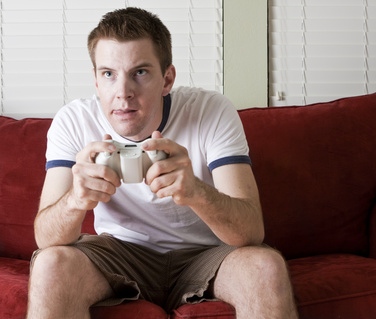 “The first time I couldn’t find this trophy was three weeks ago but I’m cool!”

Frakes was surprised to discover, along with many other gamers, that he would need to complete all 243 Riddler challenges in order to see the game’s final, final ending. “It was like, really? Three endings? Uh, okay.” Since then, the gamer has been on the hunt for the various Riddler collectibles, including Riddler trophies, saving rioters, destroying breakables and solving riddles, but has encountered difficulty since he refuses to check online sources. “I just want to find them on my own. It’s more fun that way,” Frakes explains as he checks the same underground tunnel for the fourth time that half-hour. “What the eff,” he mutters under his breath.

Frakes has spent months resisting looking at the final-final ending on Youtube, wishing to earn the finale as the game’s developer, Rocksteady Studios, intended. He admits that the journey has not been without frustration. “I don’t understand,” Frakes says. “I’ve locked on the challenge and the Batmobile keeps taking me to the train station but I never find anything. Am I looking for a train ticket or something?” 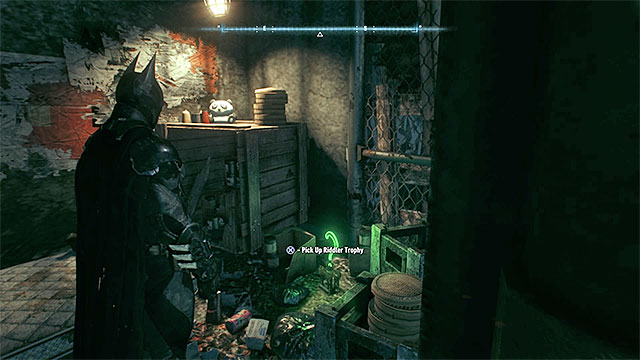 “This isn’t even clever. Riddler just literally left it in trash. That bastard.”

Just before we leave Frakes’ apartment, the man throws up his hands. “This is crazy. I give up,” he says, his voice rising an octave. “Just fucking tell me where it is so I can be done with this.” We google the last Riddler challenge and discover it to be located in the same underground tunnel he checked earlier, but in the ceiling. “In the ceiling?” he says. “That is…that, that is horseshit. Are you kidding me? What about that riddle suggests at all that it would be in the ceiling? And the Batmobile wasn’t even taking me to the right place! I mean, just, God damnit I hate these things.”

We take our leave just as Frakes discovers he still has to fight the Riddler before he will have 100% completion, prompting a new round of profanities.