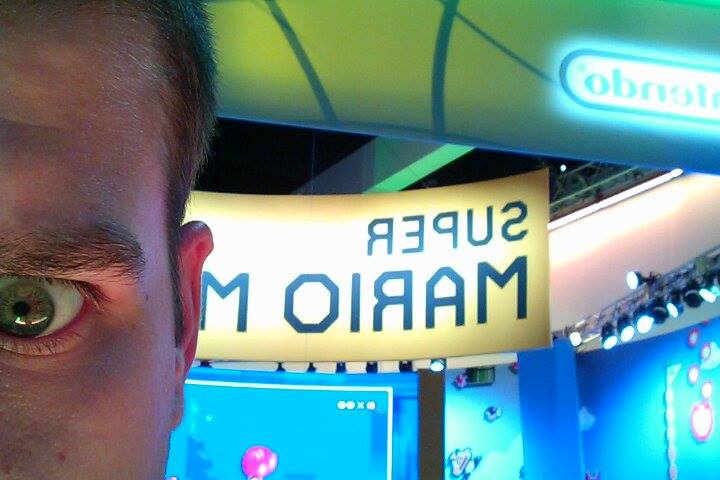 E3 has ended, and what a show it was.  Our friend and agent in the field, John Lusby (seen above), was lucky enough to steal someone’s pass for the final day of the show.  With his company issued smart phone camera, he snapped some great photos.  Have a look and enjoy! 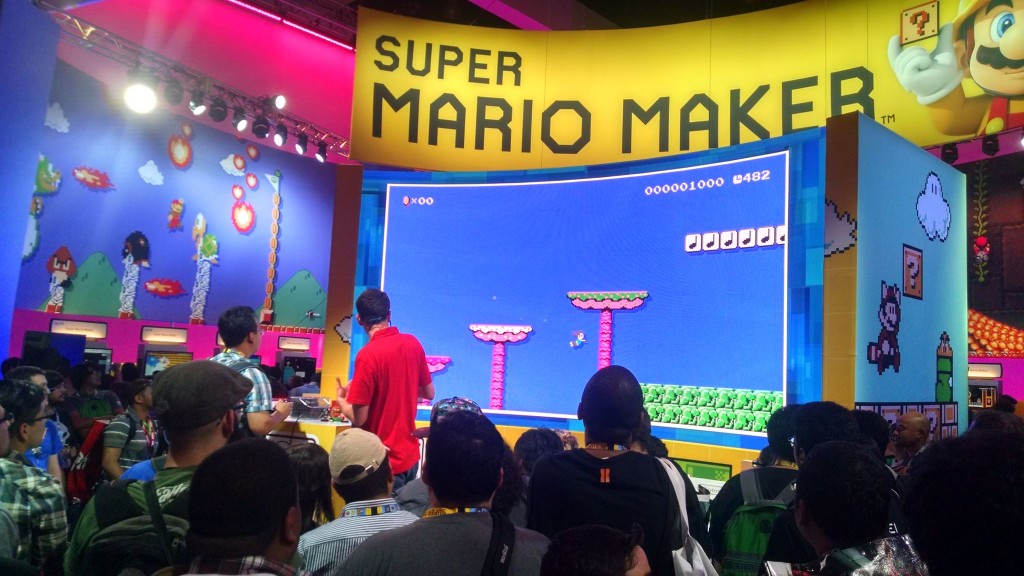 Let’s show one of the two games we have! All day! Forever! 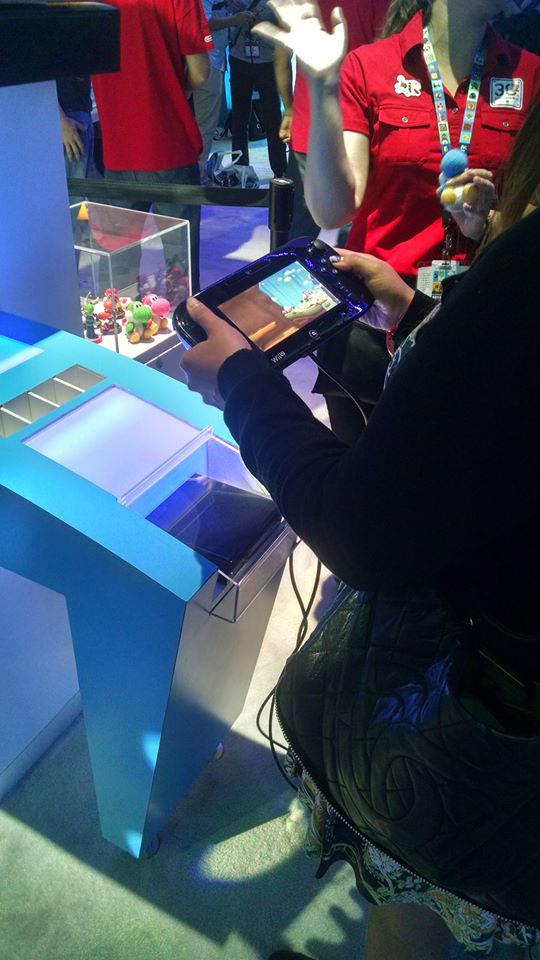 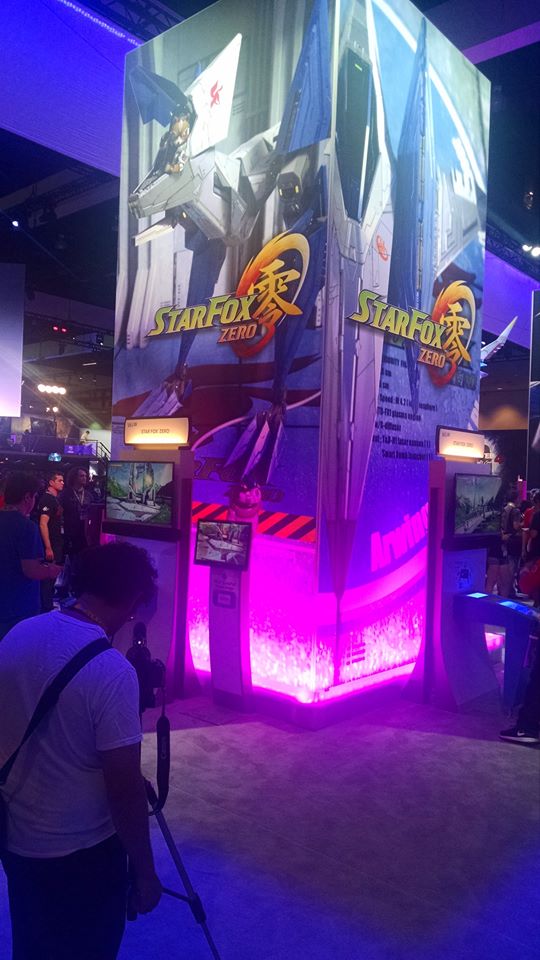 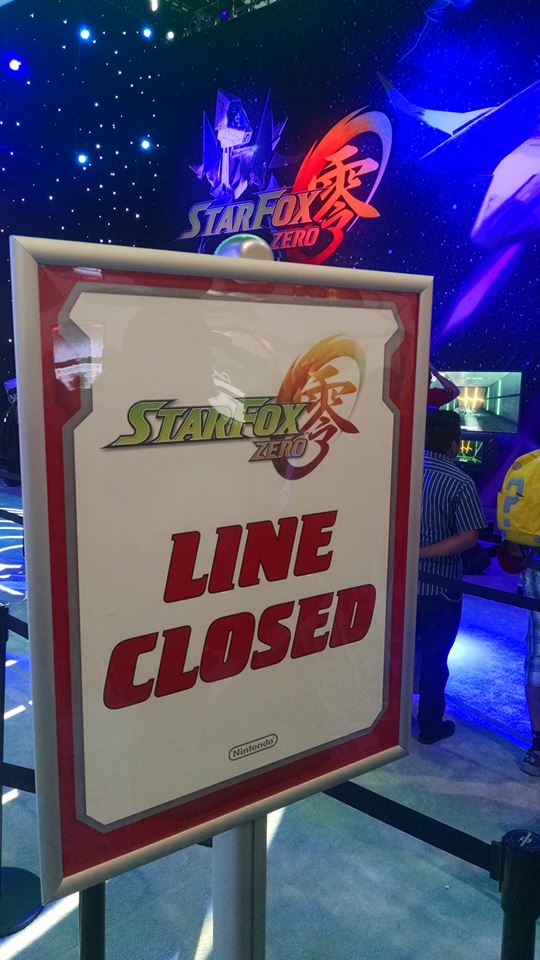 Nintendo: Sorry, the line is closed! Go try any of our other two available games! 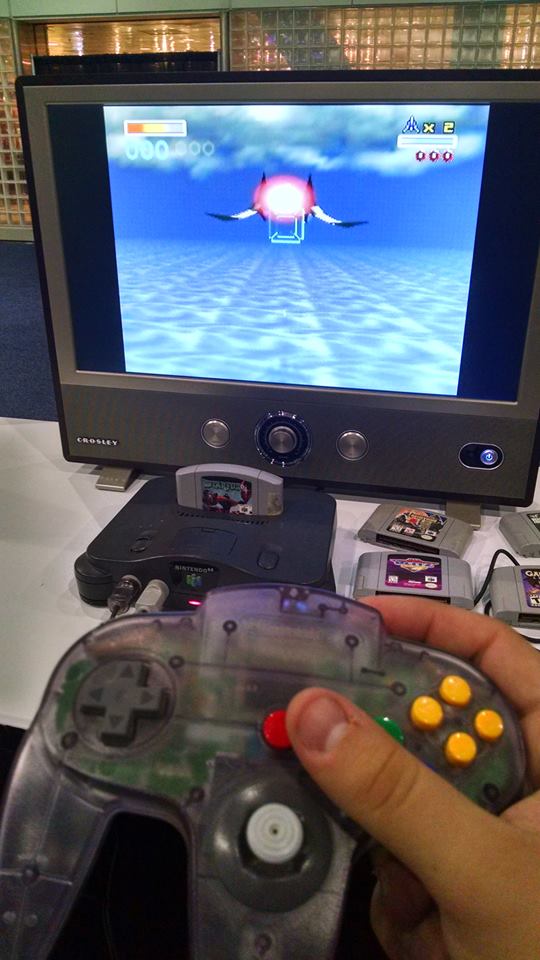 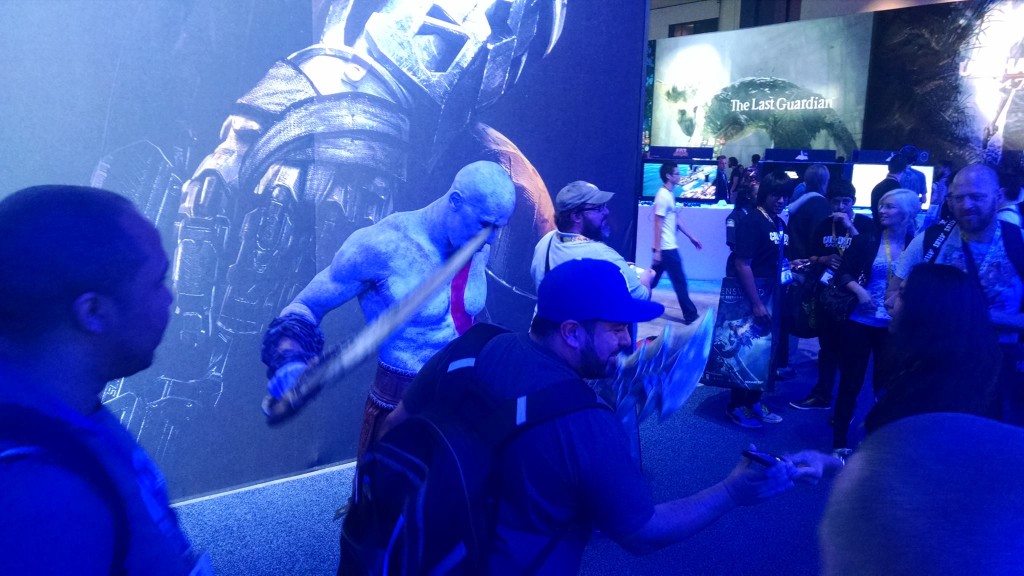 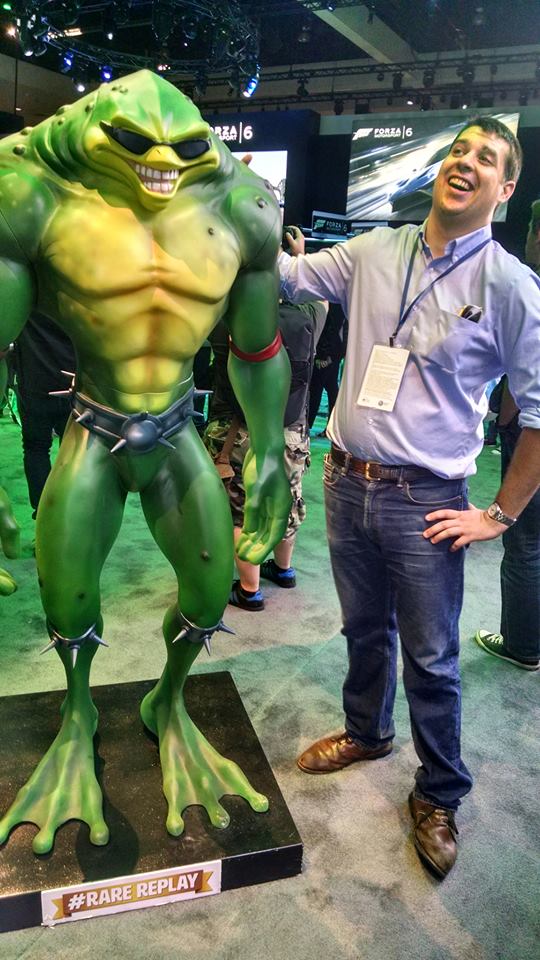 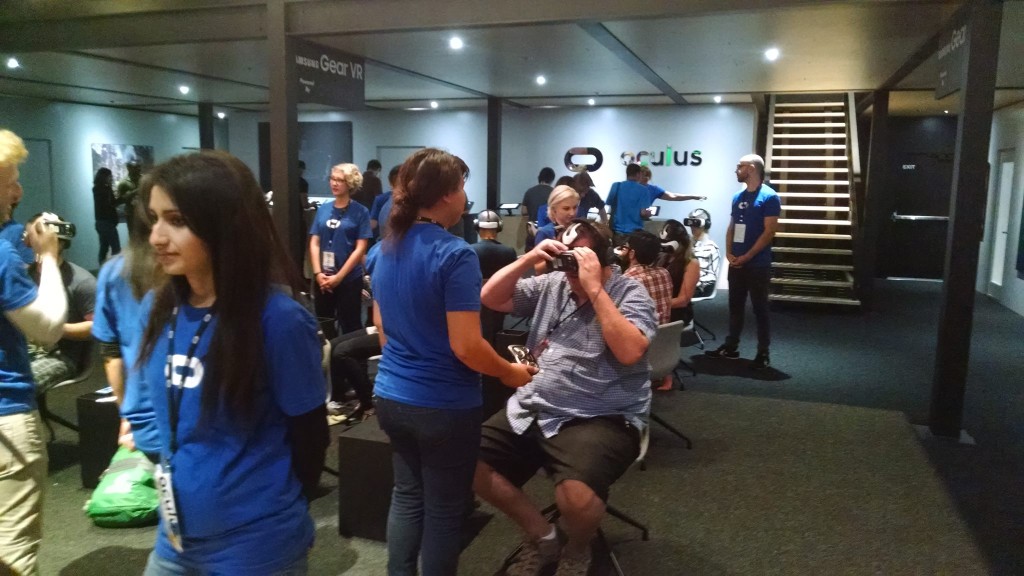 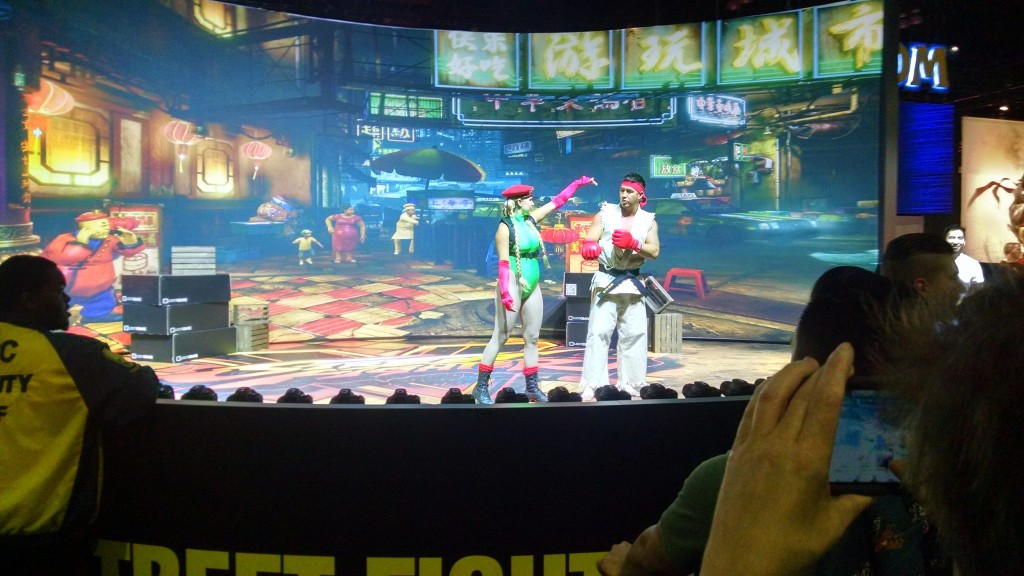 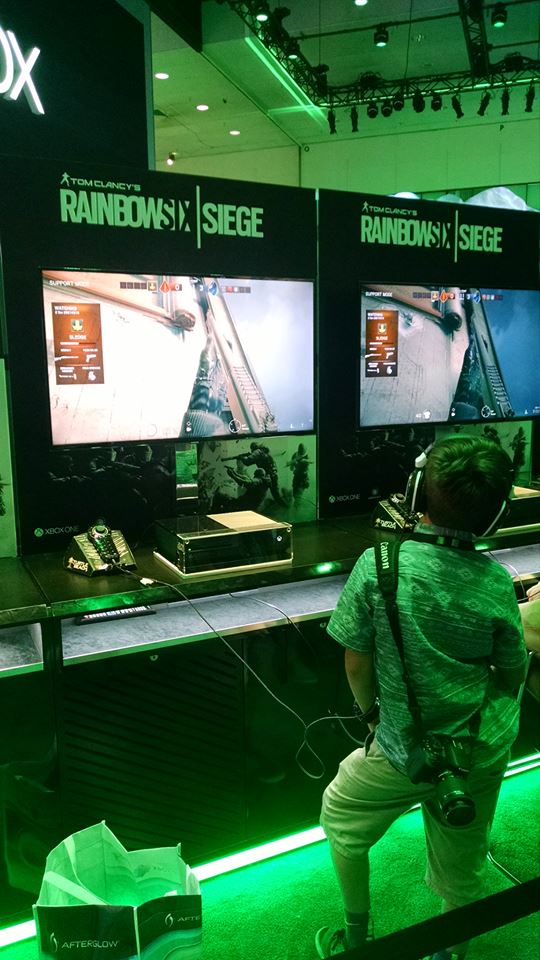 John: Never got to play Rainbow Six Siege because CHILDREN. JAUNTILY STANDING CHILDREN WHO APPARENTLY ARE MEMBERS OF THE GODDAMN ASSOCIATED PRESS OR SOMETHING. LOOK AT THAT CAMERA. 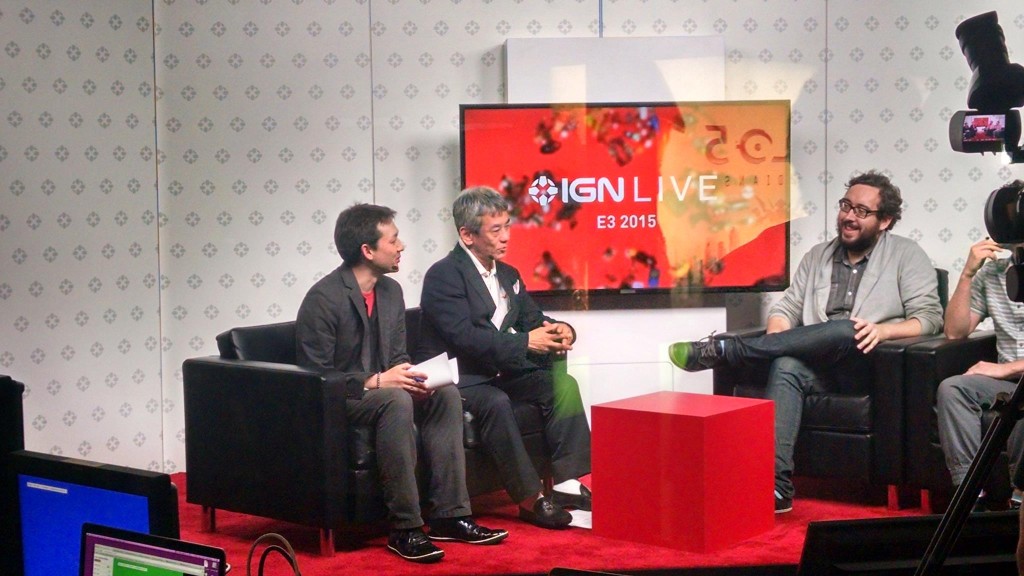 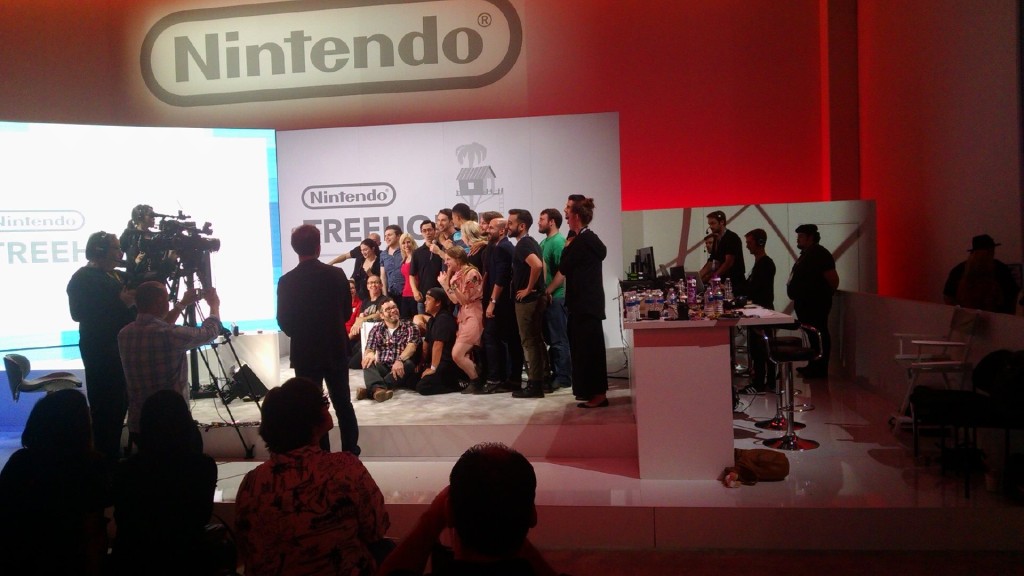 Nintendo Treehouse members pretending to be happy with themselves. 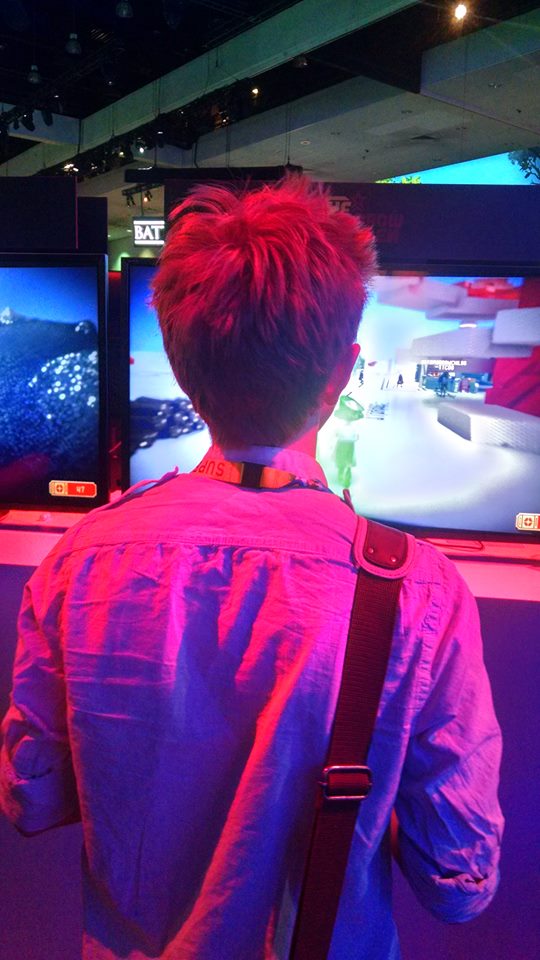 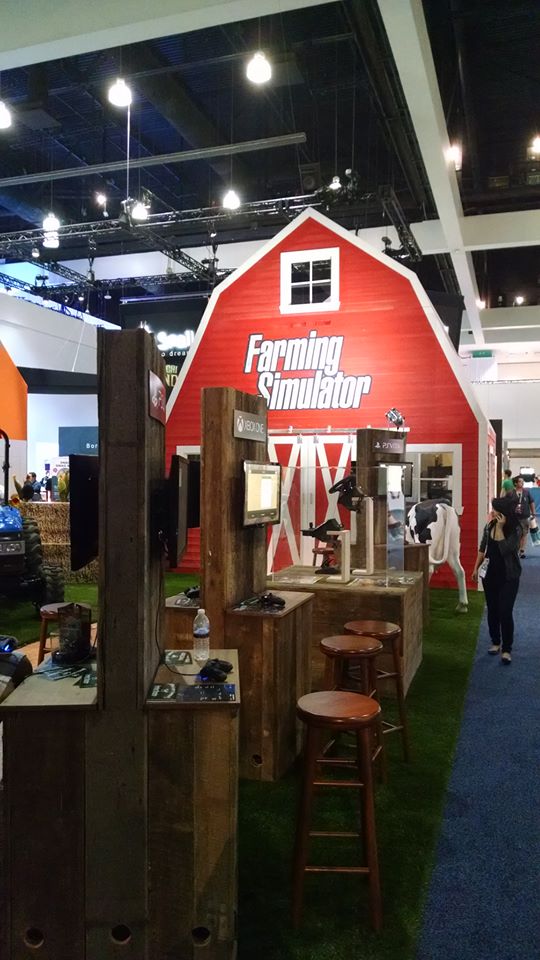 Fucking shocked this booth was empty. 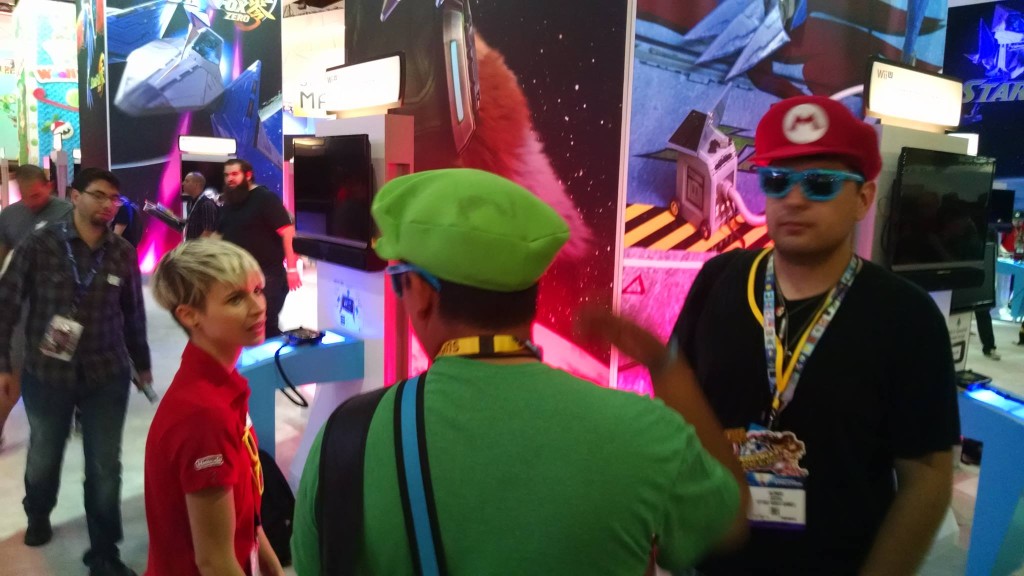 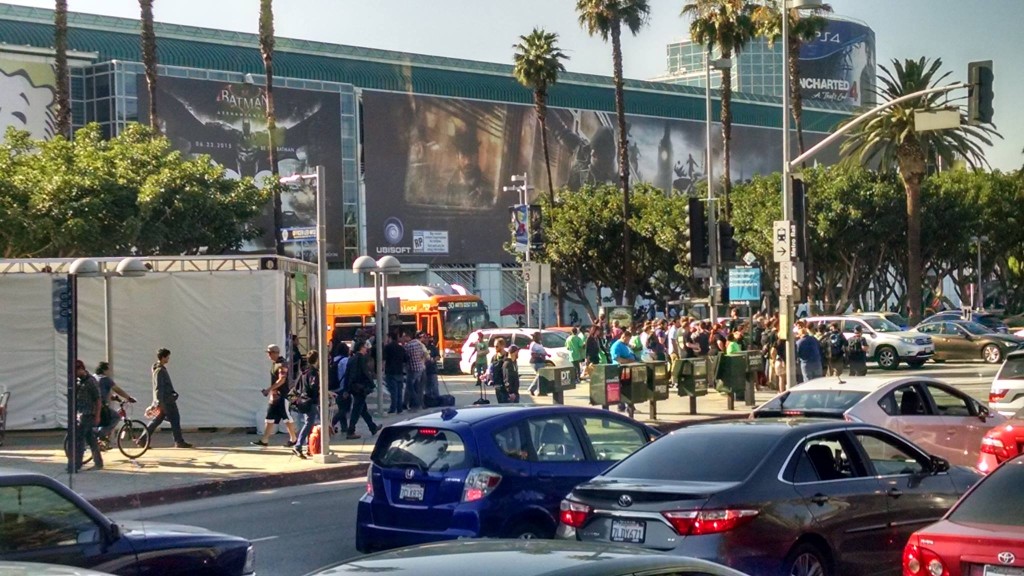 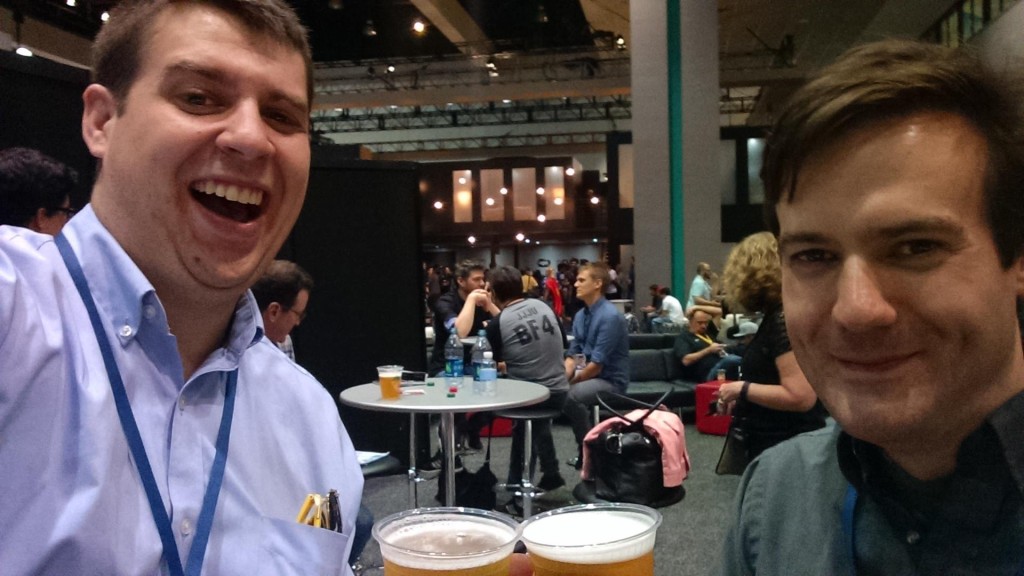 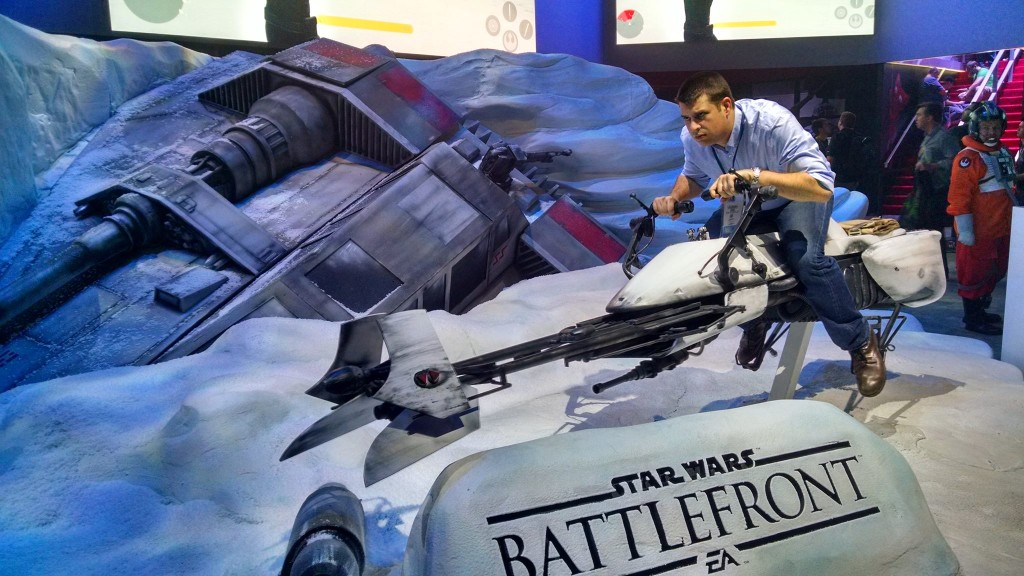 Porkins checkin’ out John’s ass. You can look, but you can’t touch.

Mad jelly up in here.  Jon, David, and I also wanted to give our quick impressions of the show without all the snark and bullshit that we quickly and poorly slammed out last week.  So here is our most memorable moment, biggest disappointment, and game we’re most excited for.

Most Memorable Moment – When Sony dropped about five bombs in a row during their conference (Nintendo puppets were a close second).  Especially because during the FFVII trailer, I honestly thought it was going to be an Advent Children sequel and another huge troll on the gaming world.  Considering the music choices were from the film and the decision to leave the word Remake until the last fucking possible second, I feel justified in my fear.

Biggest Disappointment – Literally every part of Nintendo’s press conference after the initial puppet magic and Star Fox Zero.  Just…what happened.  I could not have been smiling bigger during those first five minutes only to have all my dreams crushed under the ever growing weight of Nintendo’s ineptitude in the gaming market.  Tied with the PC conference.  What a fucking slog.  Next year?

Game of Excitement That Outweighs All Others – Fuck I don’t know.  There are a ton.  Seeing The Last Guardian in action was pretty riveting, but the multiplayer storm of Star Wars Battlefront and For Honor also got me pumped.  It’s a tossup between those.  I didn’t follow any of my own rules and I regret nothing.

Most Memorable Moment – Technically this was revealed at a pre-E3 press conference, but I’m going with the Oculus Touch.  I demoed a Rift a few months back, and although the visual immersion was impressive and immediate, the biggest barrier to total immersion for me was the inability to use my hands to interact with the world.  An Xbox controller or mouse and keyboard just don’t cut it.  I know the Touch is only a prototype at this point, but it’s enough for me to upgrade my ticket on the VR hype train to first class.

Biggest Disappointment – The PC Gaming Show.  I’m an IT nerd and a die hard PC gamer through and through, so I couldn’t contain my excitement for some glorious, long overdue conference representation at E3.  Instead, I was given an amalgamation of interviews that lasted too long and even put technical folks like myself to sleep.  I don’t fault Day[9], and I’m holding out hope for next year, but let’s hope they find a new creative director in the meantime.

Game of Excitement That Outweighs All Others – I hate myself for this, but Star Wars Battlefront.  It’s Battlefield 4 with a Star Wars skin on top, and an easy way for EA to suck out more of my lifeblood and money.  But fuck it.  I love shooters, I love Star Wars, it looks fun, and I know I’ll play the hell out of it, even if I sacrifice some of my dignity in the process.

Most Memorable Moment – Probably for me this would be Microsoft’s demonstration of its HoloLens. It’s just very impressive technology. Does it seem completely useless as far as video games are concerned? Yes. Nonetheless, it’s cool.

Biggest Disappointment – I’m really surprised how taken Drew was with the puppets, because that is actually my biggest disappointment of E3. I’m not joking. I love The Muppet Show, my favorite episode of Angel is “Smile Time,” and a friend recently got me to give FarScape a go by telling me there was a funny puppet alien. So yeah, I felt pretty let down when they pretty much put no humor in with their little show. But I guess that’s the problem with muppetizing the big bosses. You can’t risk writing them doing anything actually silly!

Game of Excitement That Outweighs All Others – That would have to be the FF7 remake. I’m not even a huge fan of the original (“the original!”) but this is a mythical game that’s been floating on the periphery of what’s possible for my entire adult life. This is the gamer equivalent of finding out they discovered Bigfoot is real, and he’s bringing cake for everybody. I’m just excited to be in a world where this exists.