This Music Video Is My Spirit Animal 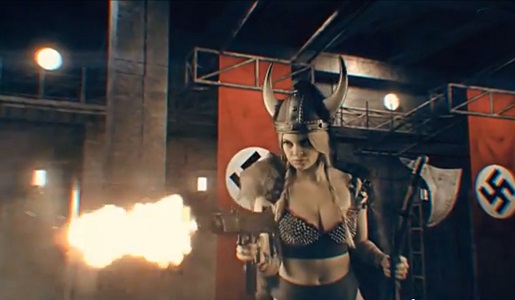 We’ve had a real glut of movie trailers and teasers over the past couple weeks as the different studios jockey for attention in anticipation of summer blockbuster season. It started with Marvel/Disney’s first trailer for Ant-Man last Monday, and though I’m still disappointed that we don’t get to see Edgar “Shaun of the Dead” Wright’s original vision there’s still nothing that could stop me from seeing this thing. Then there was the new Star Wars teaser last Thursday, which, you know my thoughts on that. The very next day, Warner Bros released the first Batman v Superman trailer, which I’m just too excited about to judge objectively. I mean, this is a movie we’ve been waiting so long to see, that we saw posters for it over Will Smith’s shoulder in the post-apocalyptic NYC of I Am Legend…eight years ago.

“It’ll totally be out soon.” – some frickin’ wrong studio guy

Then just last Monday, Universal released a new trailer for a movie I think the idea of which we’ve all been warming up to pretty quickly, Jurassic World. Who doesn’t want to see Star-Lord go up against a superintelligent T-rex? And we got our first real look at the Fantastic Four reboot on Sunday, and I won’t lie, it looks like it stands head and shoulders above Fox’s previous, goofy Jessica Alba-driven series.

No doubt, it looks like it’s gonna be a good season. I can already taste the popcorn.

But wait…a new challenger approaches! A dark horse from out the dingy corners of the Internet. When I first saw this music video, with David Hasselhoff belting out a perfect 80s power ballad while walking through a back alley exploding in the chaos of a karate fight, my actual thought was, “Well, this is my favorite movie that will never be made.” But let me tell you guys something. Sometimes – not always, not even usually, but sometimes – the Internet will send you an honest miracle. Like a meteorite, a kernel of something unvarnished and pure will impact at your feet.

The greatest movie trailer this week, this year, perhaps ever, is the trailer for the 30-minute, crowdfunded celebration of 80’s action titled Kung Fury. It’s the result of a Kickstarter campaign which netted Swedish filmmaker David Sandberg $630,000 to bring his vision to life, and from the look of this thing not a krona was wasted.

So that link leads to the trailer, and it’s great. But that’s not what I want you to watch. I mean, I do, but there’s something else that’s somehow an even better illustration of what Kung Fury will be about, and it’s the tie-in music video, True Survivor.

Things I love about this music video: Every. 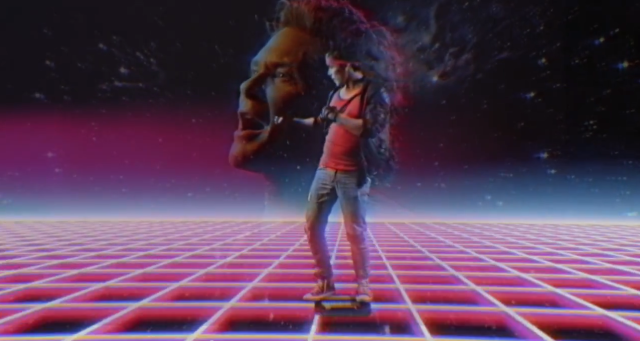 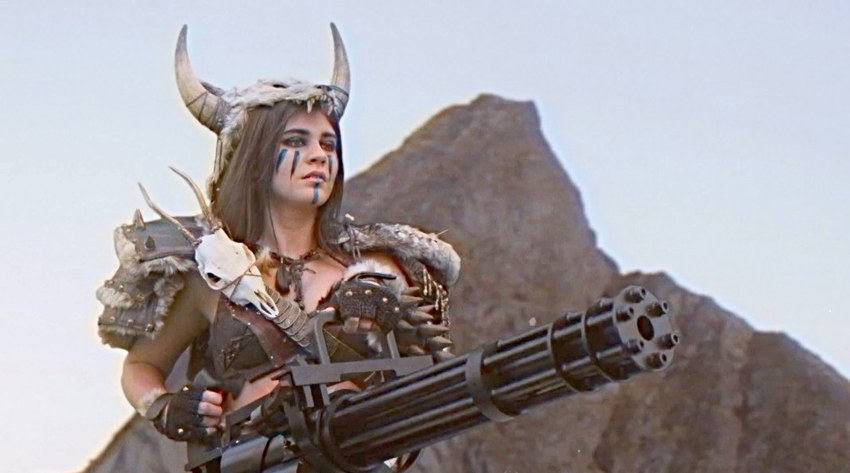 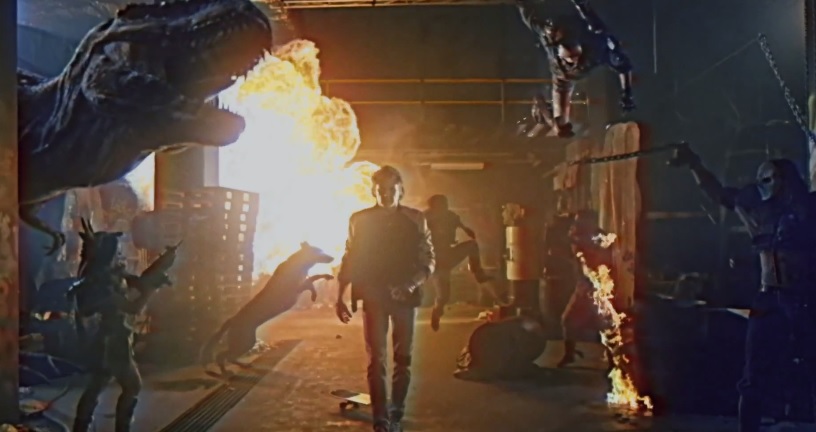 This music video is exploding off the cover of an early Super Nintendo game and ricocheting around the VHS-stocked action section of a Blockbuster in 1984. I’d say it was my childhood brought back to life but my childhood was never this rad. 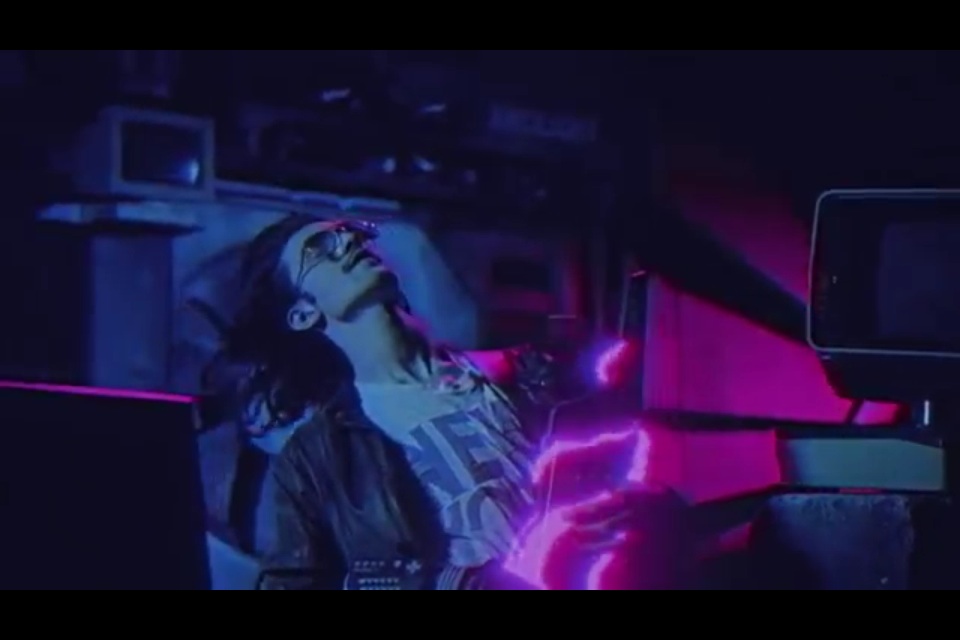 Or the guy has an electric keytar. Whatever you’re into.

This is like if Kung Fu Hustle got struck by lightning while playing Double Dragon and received extraordinary powers just in time for its rebellious teenager phase. This is like if Snake Plissken had to escape from a Conan movie to save the world’s supply of Converse High Tops. This is like if a bunch of Nazis crashed the All-Valley Karate Tournament and had an armwrestling match with Mad Max judged by the War Games computer. 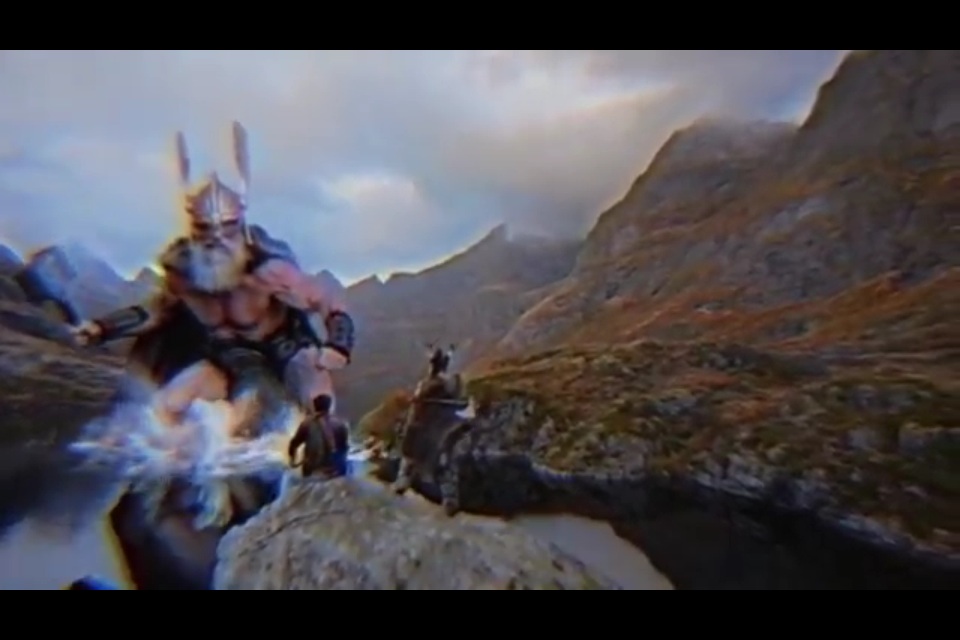 Even the song is just totally badass. True Survivor wouldn’t sound out of place blasting out of your Chevy Camaro on your way to the arcade. You might be wondering how many times I’ve listened to this song and the answer is dinosaur-karate-Nintendopowerglove times.

I’ve done some thinking, and I’ve decided there’s only one thing I want for my birthday in 8 months. I am officially asking for a live performance of this song from local Tulsa band The Taylor Machine for my birthday. That is the present I want.

I’ve whetted your appetite enough. Here it is, the greatest thing currently on the Internet, and unbelievably it is a David Hasselhoff music video. I give you True Survivor: