Nintendo recently put up another of their “Nintendo Direct” videos.  As per usual, the beginning and the end of the announcement had fantastic news delivered by company president Satoru Iwata about Smash Bros., Mario Marker, and Mario Kart 8.  The middle, delivered by Nintendo Treehouse Marketing Manager Bill Trinen, was riddled with both hits and complete misfires.

“If you love Mario, RPGs, or puzzle games, then the future is looking bright,” Trinen says at one point.  What??  I love ALL of those things!  What awesome news do you have for me?

JESUS CHRIST.  Fuck you.  Fuck you.  This game, Puzzle & Dragons: Super Mario Bros. Edition, looks like a mobile app.  Also, it’s literally just Bejeweled or Puzzle Quest, with nothing original to offer other than Nintendo characters and an undercooked looking RPG element.  It feels like such a waste of the IP, again, and it’s infuriating.

“For this next bit, let’s start with a trailer,” Trinen lies with a lying twinkle in his eye.  Then, the words Atlus come up on screen.  Oh sweet!  Another RPG?  Ogre Battle maybe!  Some pictures start to come up showing anime-style characters.  Subpar music beings to play.  Wait…wait what is this?  This is all wrong, I’m getting very worried.  Twenty-two seconds later, my fears are confirmed.

AHHHH.  What are you DOING?  I have no doubt that the game, if it’s anything like Shin Megami Tensei and Fire Emblem, will be an amazing mix of elements.  But this aesthetic…just why?  This is purely my own taste here, but man is that song killing every ounce of cool that could possibly be on display.  Also, this video shows the smallest amount of actual gameplay footage.  It’s mostly comprised of anime scenes, silent talking, and a world map, maybe, I can’t tell.  I have no idea what’s going on and to top it off, a character at the end yells something in Japanese and it’s not translated, so I’m further confused.  COOL GUESS I’LL BUY IT.

Later, Trinen sets up Fatal Frame like it’s going to be amazing.  Nice!  A new horror game!  Then it shows footage of the player taking pictures of ghost creature things as a way to “fend off hostile spirits” and it looks like total trash.  He then says this: “Prepare for scares when the game haunts the U.S. later this year,” and I wanna punch him in the face.

Comes out of nowhere to steal my heart! 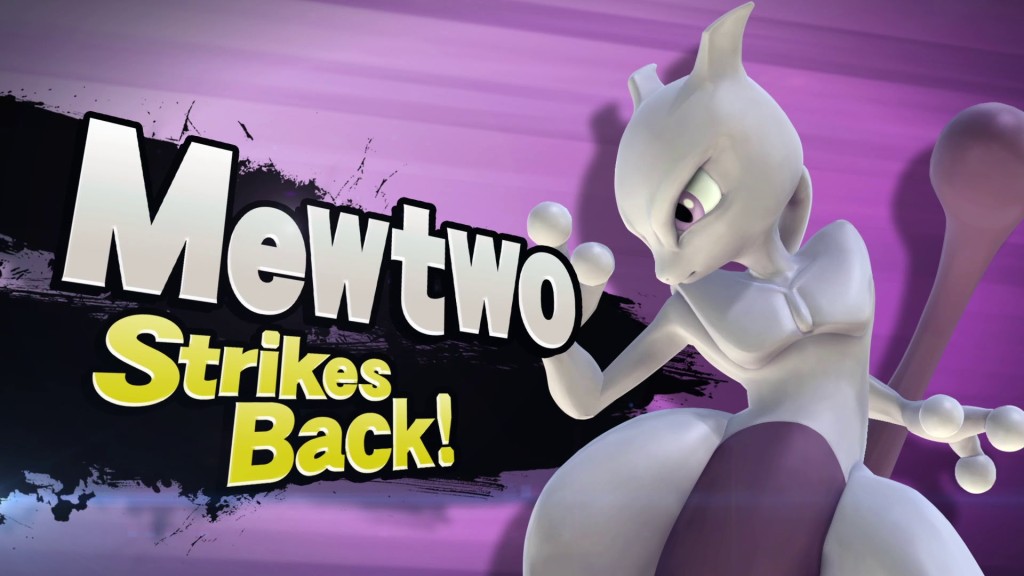 At last. At long last.

It wasn’t all bad!  Iwata had news about new downloadable characters (Lucas AND Mewtwo!) and costumes for Smash Bros., more Amiibo (that I totally did not preorder), a whole new racing speed, 200cc, in Mario Kart 8, as well as future level, racer, and costume DLC.  Trinen, to his credit, did talk about Yoshi’s Woolly World, Splatoon, and an actual good looking Fire Emblem game, all of which look like marvelous fun.  Yoshi has platforming madness, the Inklings of Splatoon look to be serving up some excellent online third-person shooter action, and Fire Emblem has all the RPG elements I was lied to about earlier on.  He also talked about some horrible Pokémon Rumble garbage, another poorly made Pokémon cash in with repetitive mechanics and an insulting freemium mentality, as well as more DLC for StreetPass Mii Plaza, downloadable 3DS games utilizing your Miis that are so simple and quickly made it should be free but for some inexplicable reason, it isn’t.  So he is still in trouble.  Bad Bill Trinen, bad. 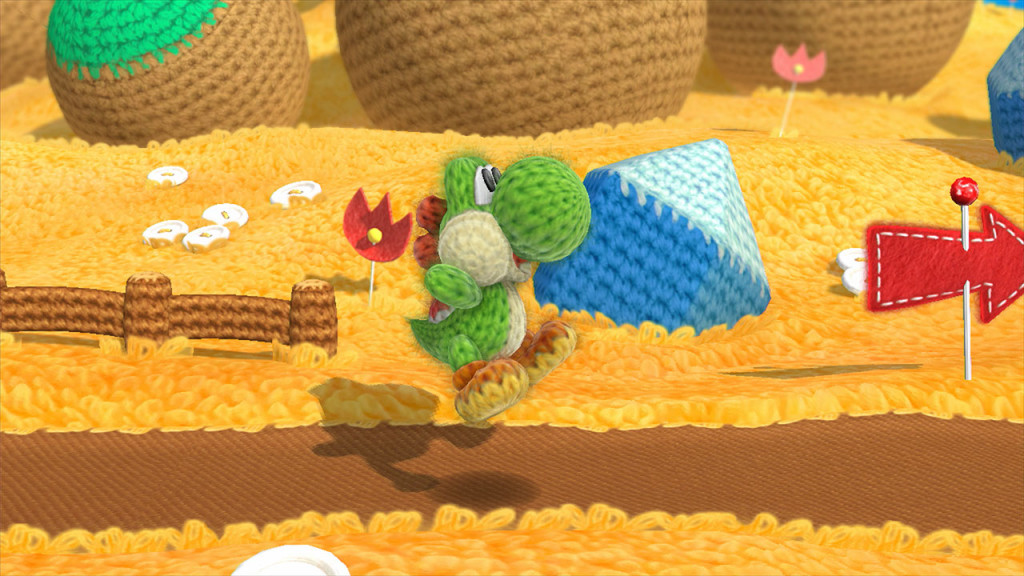 But it’s so hard to stay mad when Yoshi looks this good!

Nintendo Direct seems to have a habit of doing this.  Set me up with high hopes only to dash nearly all of them.  They give me just enough to come back, begging for more scraps about anything REMOTELY interesting and not horribly crippling to their once good name.

I love you Nintendo.  I truly do.  But man, you make it so hard sometimes.  So hard.

Here’s the entire video below.