BoxBoy! Review: Can’t Box Me In 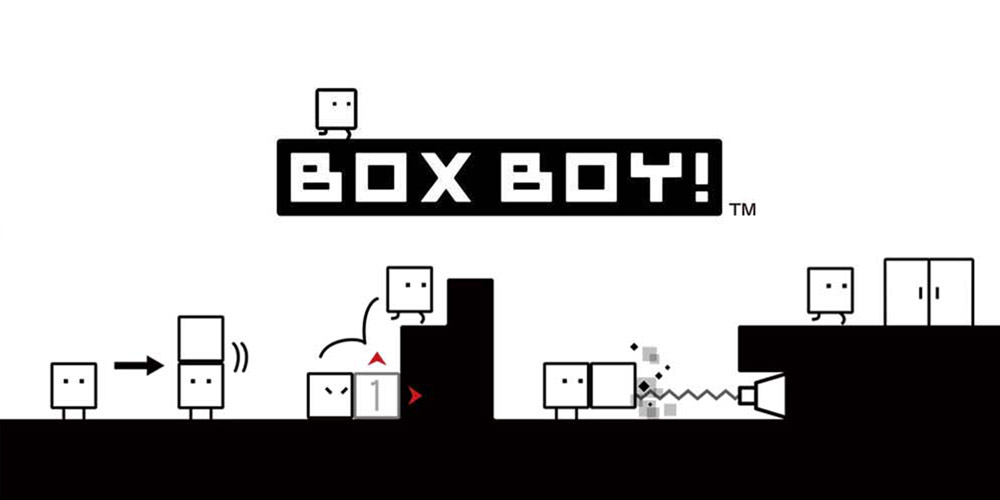 BoxBoy! is one of the most fun and unique puzzle-platformer games I’ve played in a long while.  What’s even better, it has a 4.99 price tag.  The 3DS downloadable title by HAL Laboratory, developer of the Kirby and Smash Bros. series, has hours of quandaries to solve and I’m here to explain to you why it’s worth every penny.  First of all, watch this.

You play as Qbby, who is literally a box.  You start the game by falling from the sky.  Also, that’s it.  The game just starts.  No dialog, no bullshit.  Just, “HERE YOU GO, PLAY!”  It’s refreshing, and the game continues this trend throughout.  There are no handholding scenes, no extraneous amounts of tutorials.  Simple on-screen instructions appear in the corner to guide you, one time, and then it leaves the deducing of harder puzzles all to you as it expands on the straightforward concept throughout the worlds. 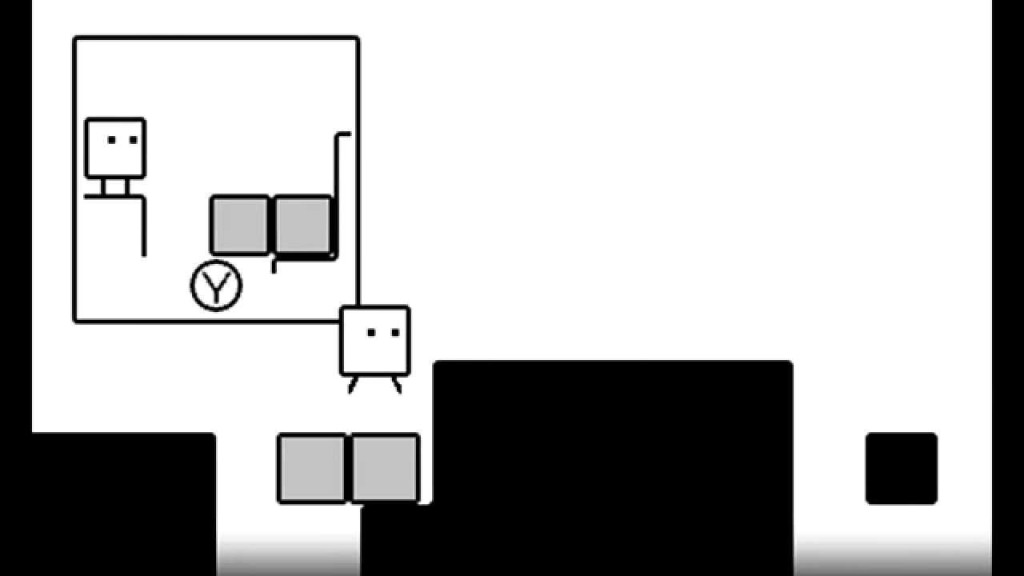 You tell me do things and I done runnin’!

The structure in BoxBoy! is easy.  Qbby must save his boxy world from destruction by navigating through perplexing areas and filling in the box-shaped holes in his homeland.  His one power is to create more boxes from his box-like body and the level you’re on dictates how many you can make at a time.  Some levels you get three.  Others, eight.  Sometimes you create a block to jump on to get to next area.  Other times, you make an upside down L to hook on to a higher plane.

The game reminds me a lot of Portal in that respect.  Give you a new idea to play with.  Test the idea right away.  NEVER interrupt gameplay.  Innovate the idea as the levels continue, constantly building on what was once a basic idea to a complex one.

Plus, you get to wear devil horns and a tail. You get to be Satan.

Every world introduces a new theme for Qbby to interact with.  An elevator system, connecting plus and minus blocks together to open doors, portals transporting you from one side to another, sticky walls, electrocuting blocks, and even AN enemy.  There is one enemy in this game, besides spikes.  On top of that, look at Qbby!  What a lil’ cutie!  HAL sure does know how to make the most adorable of mascots.  Not only that, he has cool friend buddy boxes that join him on his journey.

Plus, you can earn different costumes, like the devil one above, by spending some sort of box currency gained by completing each level AND collecting the sometimes annoyingly difficult to reach crowns.  These crowns also have a stipulation: they must be grabbed within a certain number of boxes, which is displayed at the bottom of the screen.  Failure to do so means they are no longer attainable during that run.  It adds a nice additional trial to each section. 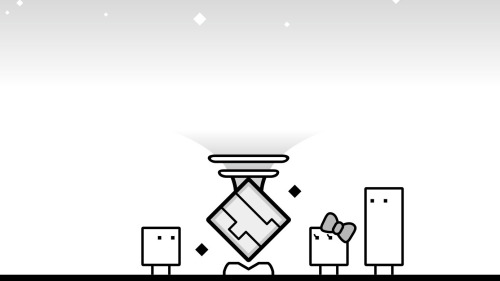 You can also spend your box money on new challenges where you try and complete stages as fast as possible or collect as many score tokens as you can within the allotted time.  These are both hard, rewarding, and truly test your box making skills you learn throughout the game.  The soundtrack, which you can also unlock, is pretty spectacular, too.

As if that wasn’t enough, completing the game unlocks even more levels to conquer, more challenging than the last.  It keeps throwing more and more riddles for my mind to try and wrap itself around.  Are they are super hard?  Not really.  In fact, a lot of them don’t take too long to figure out what to do.  That’s the big criticism I can level at the game.  However, you always feel smart doing them, and that’s the important part.  Sometimes, it was an accomplishment that I felt the need to pump my fist at and say, “Ha ha! Fuck YOU BoxBoy!” and smile like an idiot.

Boxboy! is fun as hell.  That’s the best way to put it.  It’s just pure fun.  It doesn’t reinvent the wheel of puzzle-platformers and it’s sometimes a little too easy, especially in earlier levels, but it takes a lot of good ideas and turns them on their heads, inventing a new and entertaining way to present them.  Plus, with a 4.99 price tag, it’s almost impossible not to recommend, especially if you’re a fan of brainteasers.  Qbby is a little box adventurer I want to follow again someday.  Dance on, my friend.

Way Outside The Box

BoxBoy! is an extremely well put together puzzle game at a phenomenal price point and easily deserves a space on your 3DS.

2 thoughts on “BoxBoy! Review: Can’t Box Me In”