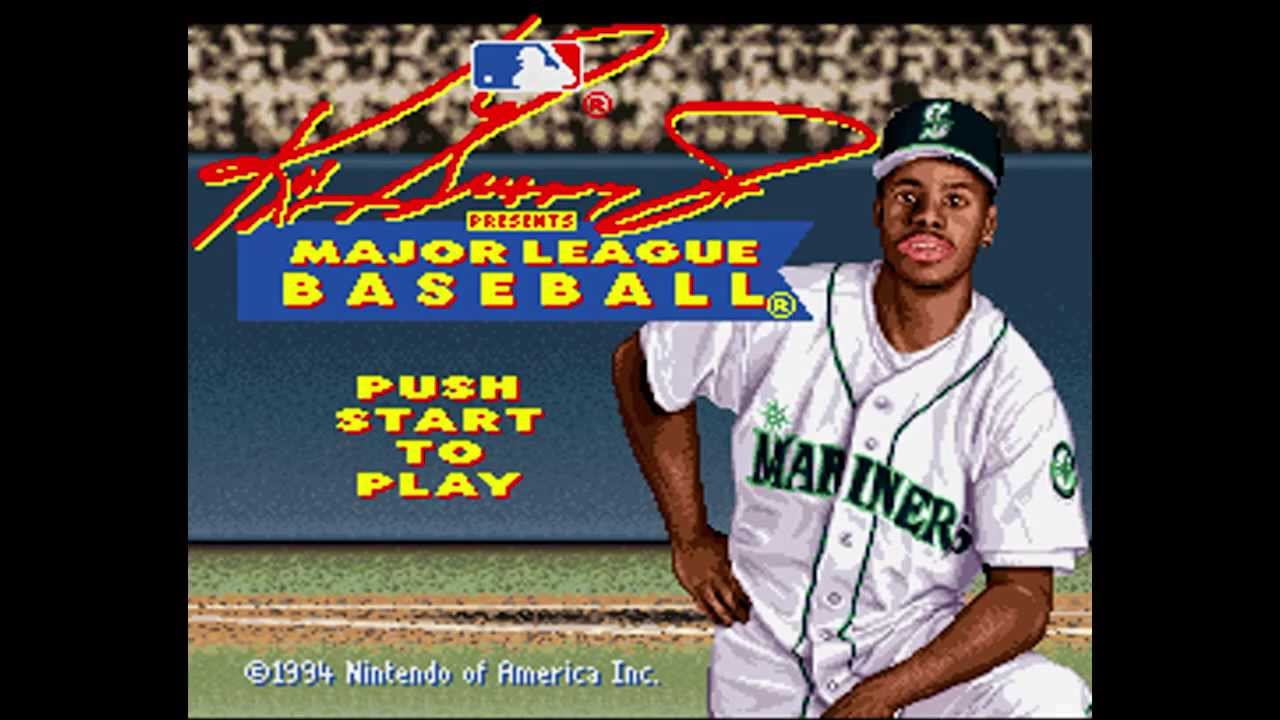 Ken Griffey, Jr. Presents Major League Baseball is a Super Nintendo game from my childhood that I absolutely love.  Simple controls and amazingly fun mechanics made for a supremely excellent game for any library, regardless of whether or not you liked the sport.  And although the player names, sans Griffey, were not real, the development team had fun with the prospect.  For instance, the Milwaukee Brewers have their bullpen named after the secret identities of superheroes, such as P. Parker and B. Wayne.  The Houston Astros have cartoonists like G. Larson and S. Lee.  Every team has something unique about them.

However, my favorite part was the voice work.  Steve Palermo, a real life umpire from 77′-91′, provides calls for strikes, balls and outs in the game.  His voice has a Massachusetts accent and hits with a gruff and stern attack.  It’s truly amazing and brings me so much joy.  Just listen to the way he says “He’s out!” in this clip.

Goddamn right he’s out.  And that MUSIC.  Man, the ’90s sure did kick a lot of ass for video games.  Did you notice the second batter’s reaction?  The “Aw come on!” remark?  In what feels like the oddest of choices, that voice clip was actually lifted from a 1985 film, The Man With One Red Shoe, starring Tom Hanks and Jim Belushi.  The movie looks…pretty bad.  Comedies in the ’80s.  Wow.  Belushi utters his golden 11/10 line around the 1:10 mark.  Check it out.

Just…what?  Why?  The director, Stan Dragoti, helmed Mr. Mom, starring the now Academy Award nominated (and should be winner) Michael Keaton, in 1983 and literally nothing else of note.  The Man With One Red Shoe made very little money and wasn’t received well, so perhaps it was done because no one would recognize it?  I sure as hell didn’t, because look at that trailer.  Who would watch that?  Tom Hanks can’t save everything, but Jim Belushi’s line gets to live on forever in a baseball game from 1994.