All The New Pokémon Are Terrible Part I

We, the Statler and Waldorf of Pokémon, are about to weigh in with strong opinions on the designs of five of the fighting critters that came after our nostalgia-tinted original 151. Have you seen some of the new iterations of Pokémon?  Have you? The innovative Red and Blue set had style. They were based on interesting animals and creatures. Not goddamn food. Or man-made household items.  Were the orignals perfect?  No, obviously, Electrode exists.  But it felt like they tried just a little bit harder.

In this multi-segmented piece, we’ll take a look at some of the truly passionless Pocket Monsters, devoid of any and all joy or life, and end each rant with a gem from the golden era for contrast. Are we experts? Not entirely. Well-informed on the issue? David is not exactly a Pokémon Prof but does have his Pokémon GED. Drew spent three months in Team Rocket before being kicked out when he was discovered commanding his Ditto to change into Olivia Wilde. So yeah, you could say we know what we’re talking about. 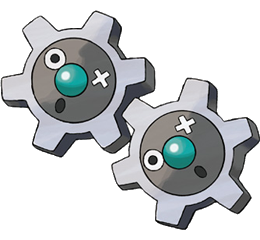 Pokémon modeled after something synonymous with insignificance

Drew: It is literally a gear.

David: These faces are what you’d expect to see on a McDonald’s placemat. Even they look surprised at how shitty they are.

Drew: Why do you have an X eye? You’re just the worst.

David: “We have 8 Pokémon today and we’re supposed to make 9. I just…uh… *looks at watch* what’s in this? Gears? Gear Pokémon.”

Drew: “Actually we’re gonna have to change the name.”

Drew: “That’s good that’s perfect. Here, draw a gear on the board. Now draw another one.” 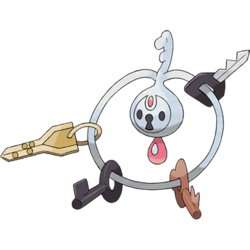 The Pokémon that makes you late for work

Drew: It needs to be known that it shakes its keys to scare other Pokémon.

David: It has to worry about all those Meowth chasing it in tall grass. It’s weak to cat Pokémon…When you lose your keys in the Pokémon world they probably become this.

David: How many inanimate objects in the Pokémon world are actually living animals?

Drew: There’s a sarcophagus. Which is called Cofagrigus. 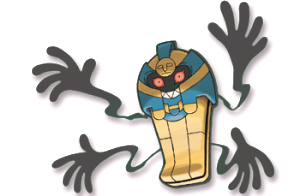 Drew: Yeah. The censor for Pokémon would stop you from trading it because “fag” was in there. There’s a censor for offensive stuff online so you can’t trade the Pokémon with offensive names.

Drew: There’s a list on Bulbapedia of stuff you can’t name your Pokémon. “Sigheil.”

David: Damn. Now I want a pig Pokémon I can name Pigheil.

Drew: Emboar would be perfect for that. 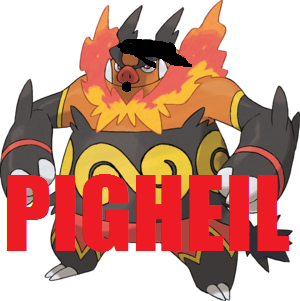 David: 9/11? That is completely terrible. But it’s also incredible. It’s like saying “What’s your Pokémon’s name?” “9/11. This defeat will be so bad for you it will become a national tragedy.”

Drew: For your Pokémon. It will be a Pokémon holocaust.

David: It would have to be a flying Pokémon. 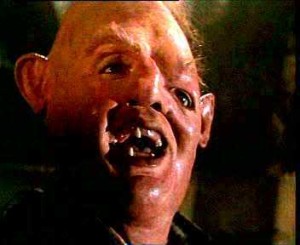 David: This one’s just called Nosepass and it’s a nose.

David: It’s like an Easter Island head with just a giant fake nose on it.

Drew: What would that even evolve into? 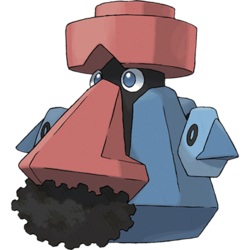 What the actual fuck

Drew: Fuck. It’s even got the little hat on there.

David: How is this okay?? This is just a horrible caricature of a Jewish person as a Pokémon. They’re training my kids to be anti-Semites. Little Bruce, Clark and Diana will all come out of their rooms like “Pigheil!” 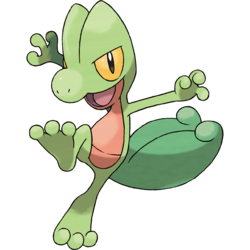 David: Okay I’m looking at “Treecko” now and…I like how I just say the name and you start laughing.

David: I know we said the starter Pokémon are generally okay but Treecko looks like he wants to sell me car insurance.

Drew: Yeah, Treecko and Mudkip and Torchic were the worst starter Pokémon.

David: His tail…he has a butt coming out of his butt.

Drew: He has another butt on his head.

David: His Pokémon power is all his extra butts.

Drew: His ultimate form is Sceptile, which just looks high all the time. 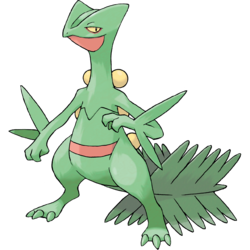 “Naw man, I don’t battle. I’m just not someone who’s into taking orders, you know?” 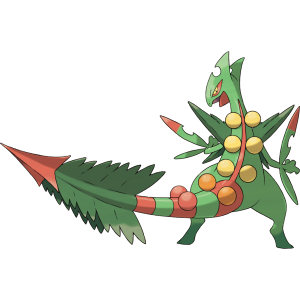 If Godzilla was spliced with a candy cane

David: He’s even red and green and has ornaments ready to go. He is the Christmas tree Pokémon. And your present is butts. 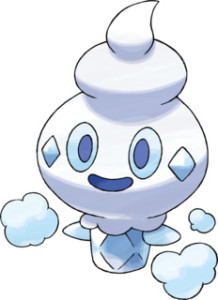 Weak to Hershey’s chocolate syrup and my mouth

Drew: So terrible. His final form is he has two scoops.

David: He looks like the shitty mascot for some generic brand of ice cream. How many times were Vanillites just eaten before they were discovered to be living Pokémon?

Drew: Did they scream do you think?

David: “Oh shit, you’re alive. My delightful snack just turned into a horrible felony…Guess I better dispose of the evidence.”

Drew: Some fuck named James Turner at Game Freak in 2010 became the first Westerner to officially design Pokémon. THE FIRST WESTERNER TO DESIGN POKÉMON and he makes fucking Vanillite.

David: So this is not even crazy Japan. This is crazy America.

David: How does it attack? How does it physically do anything but keep its ice cream head from falling on the sidewalk and becoming unedible?

BONUS: A Look Back At Awesome – Sandshrew/Sandslash 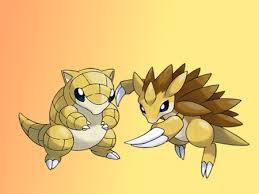 David: Part of what makes Sandshrew so great is his first episode in the cartoon. Remember? Where he was just a ridiculous Jean-Claude Van Damme of a Pokémon?

Drew: You mean with AJ in the first season? Yeah that set him up to be a badass.

David: Sandshrew’s design is economical but awesome. He has this The Thing from Fantastic Four hide going on and just a slew of amazing moves.

Drew: Sandslash looks like it draws from hedgehogs and porcupines and echidnas, which yeah those are all real things that I can look at and are real animals that exist. And they have poisonous claws which are something shrews have apparently.

Drew: I can’t believe AJ was only in one episode.

David: Wow, really? Especially because AJ made a huge impression. Ash and AJ were all “Hey we’re gonna battle again one day.” Fifteen seasons later it’s like “Who was that A.G. guy? With the Sands-whutsuh?”

Drew: Apparently he ran an “unofficial” gym which was not sponsored by the Pokémon League, which was clearly from its unethical practices. 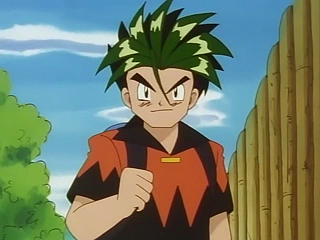 My actions are AJ: Always Justifiable

David: That’s why we never see him again. He probably got shut down. “But my Pokémon love me!” “Yeah this is still totally animal abuse.” We never saw him again because he was in jail. He’s the Michael Vick of the Pokémon world…I like how we were talking about Sandslash and we went into a long screed about AJ.

Drew: That’s the thing though. We can have way more interesting conversation about Sandshrew and even his trainer than we can about a fucking ice cream cone.

David: You might as well make a Pokémon out of a toilet paper roll.

James Turner: Sorry what was that? Can you say that again real fast?

4 thoughts on “All The New Pokémon Are Terrible Part I”